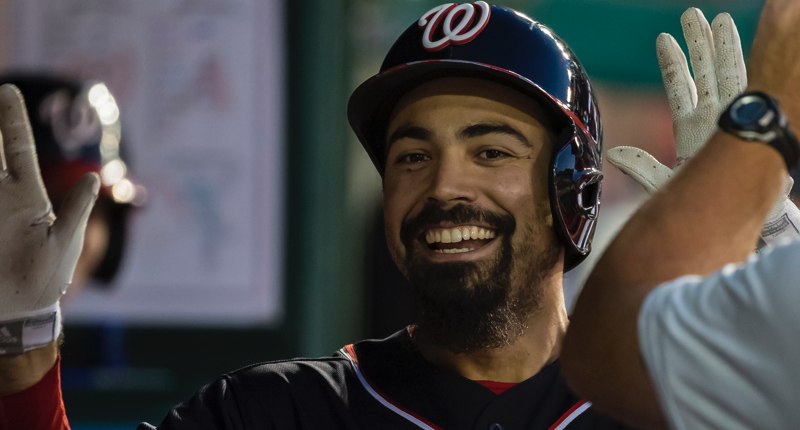 It’s playing out like last year with Bryce Harper: the top positional free agent on the market is getting a $200+ million extension offer from the Washington Nationals.

As with all long-term deals offered by the Nationals, the seven-year, $210/215 million offer comes with significant deferred money, though not quite as hilarious as the Harper offer.

Per the Post: “According to two people with knowledge of the negotiations, the proposal differs vastly from the 10-year, $300-million offer the Nationals made last September to outfielder Bryce Harper. That contract included about $100 million in deferred salary, with the final payment coming in 2052. The offer to Rendon, in contrast, is structured similarly to the seven-year, $210-million deal the Nationals gave to pitcher Max Scherzer prior to the 2015 season. The deferrals, according to these people, are to be paid off within the seven years after the contract expires.”

Let’s be quite clear, despite the generous framing there: the Scherzer deal is notoriously backloaded and deferred. It was negotiated by Rendon’s agent, Scott Boras, though, so he’s certainly open to these kinds of structures if it gets his client the top-line number that looks good.

Will this do it?

Well, no, I mean, he’s not going to sign this particular extension right now. It’s not enough to foreclose free agency when it’s mere weeks away.

That said, a $30 million AAV is going to be the range for Rendon, as set by Nolan Arenado’s contract – they have been strikingly similar players (ditto Kris Bryant) – but I’m thinking Rendon is going to want to try to beat Arenado’s eight-year, $260 million extension (with an opt-out after the third year, too). If the Nationals move upwards, maybe they do get something done, though.

Rendon, like Arenado (who could be available), is the kind of hitter the Cubs should be all-in on: he works great at bats, gets on base, doesn’t strike out, hits for power, and plays plus-defense. You can conceive of plausible roster shifting that makes Rendon a possible Cubs target, but right now, I think we’ll have to get a much better sense of the market before we can say the Cubs will definitely be involved.

That said: the Cubs did not spend aggressively last offseason, do have a fair bit of money coming off the books, and were rumored *last year* to be more enamored with this year’s prospective free agent class than last year’s. Just sayin’.