Nationals Come Back on Kershaw, Bounce Dodgers with an Extra-Innings Grand Slam Skip to content 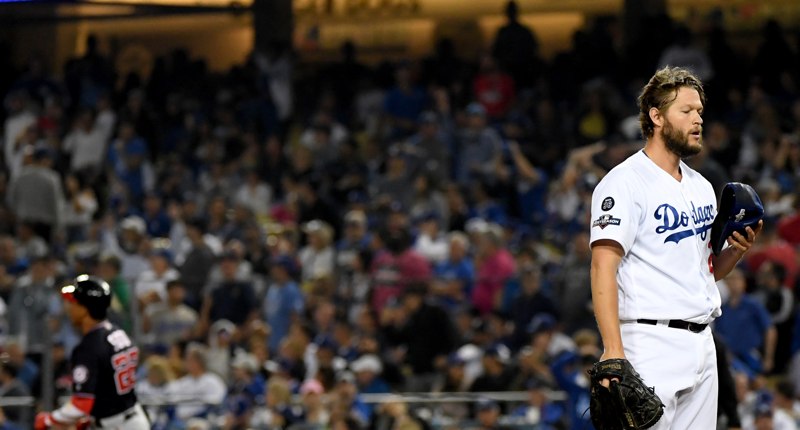 The Dodgers have been so dominant for so long, and they’re gonna go home again this year without a World Series title. Heck, this time, they don’t even get the ignominy of coming so close and then losing in the World Series, itself.

Up 3-0 early on the Nationals, at home, in the decisive Game Five of the NLDS, it looked like the Dodgers were on their way to the NLCS against the Cardinals.

But the Nationals put the comeback on late, including back-to-back homers by Anthony Rendon and Juan Soto off of Clayton Kershaw in the bottom of the 8th:

Oof, watching Kershaw do his familiar collapse after that Soto blast. Ouch.

So the game was tied, it went to extras, and Howie Kendrick gave the Nationals the win in grand fashion:

Bellinger’s extra pause there at the wall. You knew exactly what he was contemplating in that moment.

So, wow. That’s all really incredible, and now it’s the Nationals who’ll face the Cardinals in the NLCS starting tomorrow night in St. Louis.