REPORT: Joe Espada is Interviewing with the Cubs Today Skip to content 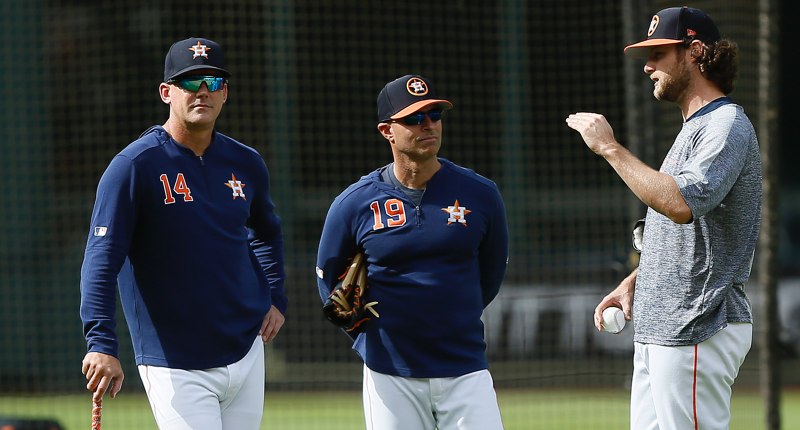 The Chicago Cubs are getting their next managerial candidate in for an interview today, and it’s a big one.

Espada is considered one of the up-and-coming managerial candidates around the league. With 8 openings, he should get a look from several teams. https://t.co/XqBYkVi3D4

Note in the Feinsand follow-up tweet there that Espada is going to be highly sought after by lots of teams … and yet the one he chose to interview with in his one off-day here in the early part of the ALCS is the Cubs. Hmm.

It makes me think the Cubs really want to get this interview in before making a decision, and it also makes me wonder if the Cubs and Espada are holding up things elsewhere. Specifically? There is interest in Joe Girardi from the Phillies and Mets, but if – hypothetically – Girardi wanted to wait on the Cubs before making a decision elsewhere, and if the Cubs wanted to wait on their own decision until they’d at least talked to Espada, and if the Phillies and Mets are waiting on Girardi before deciding on other guys … and so on and so on.

I’m not saying that’s definitely happening here, but it is possible.

In any case, we’ve known for a while that the Cubs wanted to talk to Espada as part of this process, and whether he’s the guy or not, I’m glad they’re getting the chance sooner rather than later.

More on Espada from our previous write-up:

“[P]retty much everyone who is following any of the open managerial gigs outside of L.A. has speculated about Espada, given that he’s a bench coach on arguably the most developmentally-impressive, technologically-competent, and maximally-productive team in baseball. Moreover, he coached for the Yankees before that, worked in the Yankees front office, and also has minor league coaching and developmental experience with the Marlins (where a lot of guys – Brandon Hyde and Anthony Iapoce, for example – made their bones).

On paper, Espada is such an obvious candidate for the Cubs, joining known candidates David Ross, Will Venable, Mark Loretta, and Joe Girardi. Also, Theo Epstein said at his season-ending presser that at least one candidate was currently with a postseason team, so it’s possible Espada was one of those candidates ….

It’s easy to forget – with apologies, I did! – that the interest in talking to A.J. Hinch’s second-in-command also has a connection to this Cubs front office: Hinch not only worked with Jed Hoyer in the Padres’ front office before he came to the Cubs and before Hinch took over the Astros’ managerial job, Hinch was also one of the Cubs’ managerial interviews back when they hired Rick Renteria. You could imagine that if Espada is working particularly well with Hinch, there might be all the more reason for the Cubs’ front office to be interested.”

Like I said. Espada is an easy and obvious candidate for the Cubs, and an extremely intriguing one. Can’t wait to see if any details trickle out today, and now things are shaping up where we might see the Cubs making a decision this week.