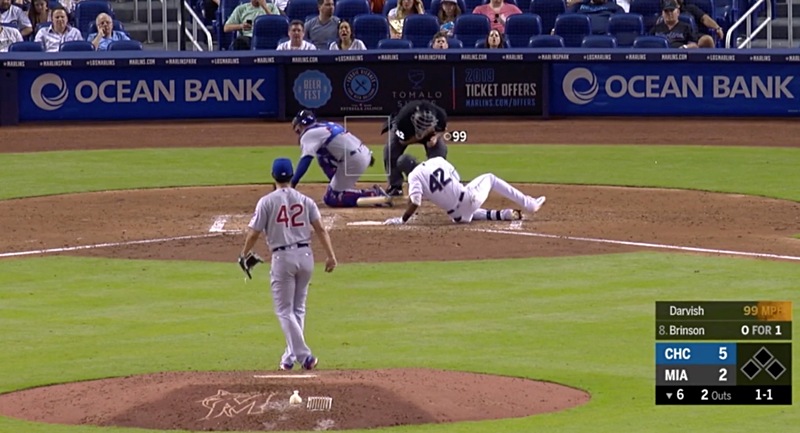 The Chicago Cubs do not have any major award finalists this year, which is atypical in recent memory, but unsurprising after the disappointing 2019 season.

Were there an award solely for the second half of the season, though, Yu Darvish would have been able to make a case to be in the mix for the Cy Young group. He still probably wouldn’t have won, but from July 12 on, he posted incredible numbers over 13 starts (81.2 innings): 2.76 ERA, 118 Ks, 59 H, 7(!) BB, and an average game score of 64. He was just fantastic.

Alas, there are no awards for halves of the season, and Darvish’s full-season numbers wound up merely solid, rather than fantastic.

But that’s OK! Because he took home a MUCH MORE IMPORTANT award today, courtesy of the must-follow Pitching Ninja on Twitter:

YES! The triple kill pitch from Darvish, which hit Lewis Brinson in the junk, the umpire in the throat, and Willson Contreras in the back. Everyone was OK, so we’re allowed to have fun with this 99 mph death ball.

Darvish, for his part, offered a two-word acceptance speech on Twitter: “My bad.”