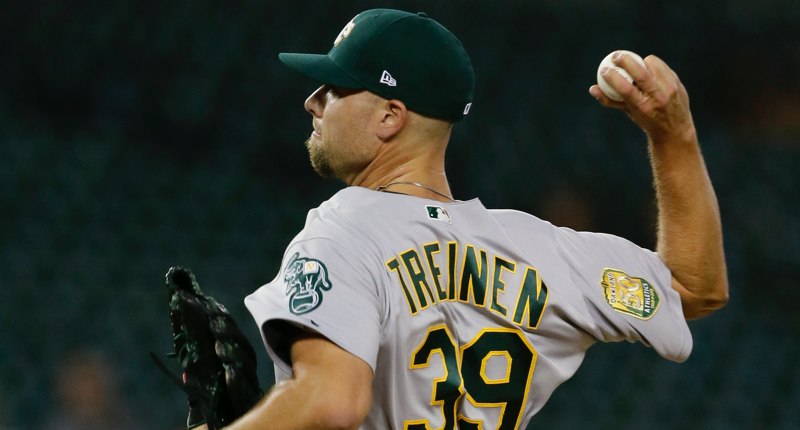 A total of 56 MLB players were non-tendered before Monday night’s deadline, which means there are now 56 more free agents out there, just waiting to get scooped up by opportunistic front offices near you!

Some of those players will probably re-up with the team that non-tendered them in the first place (for less money than they would’ve otherwise earned (perhaps they’re comfortable where they are or see a better path to playing time)), but each guy has at least the option to explore free agency.

But if you feel like you’ve already heard more about the non-tenders this season than you may have in the past, you’re not alone. The volume and quality of this particular group of non-tenders exceeds most offseasons. Prevailing wisdom suggests that teams are less willing than ever to pay arbitration-level prices for 1-2 WAR players, even if the total dollar amount aligns with the (now out-of-date) $/WAR calculus – a story for another day.

In any case, Brett explored the most enticing new entrants to the free agent market, and although several players catch my eye, my number one target for the Cubs this winter is former Athletics closer Blake Treinen. The Cubs have several clear vacancies in the bullpen heading into 2020 – and are particularly lacking in the potential impact department – so Treinen’s upside is difficult to ignore (even if his downside is is very real). The A’s obviously non-tendered the guy for a reason, but without many impactful options left in free agency (let alone significant money to spend …), I think the Cubs might just be in a position to say eff it and take a bigger swing at high-upside, high-risk guy like Treinen than they would have been in the past.

So let’s talk about him.

Starting with the bad news. Treinen, 31, had a pretty abysmal 2019 season, with the lowest single-season strikeout rate (22.2%) since his rookie year and the highest walk rate of his career (13.9%). But if only that were the worst of it ….

Be it ground ball rate (42.8%), soft contact (17.8%), hard contact (36.7%), barrel% allowed (7.7%), expected batting average, expected slugging, exit velocity, strikeout rate, walk rate … you name it, it was worse in 2019 than it was throughout his entire career. And although his career before 2019 was really quite good (making that a particularly easy bar to clear), the underlying numbers were rough enough to believe the 4.91 ERA and 5.14 FIP was earned by his underlying performance. Hence, at a $7.5 million projected price tag in arbitration, the A’s decided to let him go.

But let’s take a look at those pre-2019 numbers to see what I’m so excited about.

In fact, by those measures, he was one of the top 20-30 relievers in baseball for half a decade:

He’s also quite prolific, having never thrown fewer than 50 innings in a season (with four straight years of at least 67.0 IP from 2015-2018). So just broadly, historically speaking, Treinen was a VERY good, very healthy reliever for his entire career before 2019.

But there’s one more thing you need to know: in 2018, he wasn’t just good – he was historically good.

Over 80.1 innings of relief for the A’s in 2018, Blake Treinen earned a 0.78 ERA with a 1.82 FIP, including 100 strikeouts to just 21 walks. Here’s an entire article about the relative historical success of that performance, but the thing I find the most interesting? His 0.78 ERA is the lowest in the history of baseball for any pitcher that’s tossed at least 80.0 IP in a single season.

By WAR, that 2018 season was the 19th best reliever season in baseball history, and every single season ahead of Treinen’s on the list came with more innings thrown.

So a more appropriate selling line on Treinen is that he was very good and very healthy from 2014-2017 and then the elite of the elite just two seasons ago. For those reasons alone, you might want to take a flyer on him this winter (honestly, I’m surprised the A’s couldn’t pull off even a minor trade), but we should explore what went wrong for him last season, with a little help from some smart guys.

First, Daren William has a good visual of what changed between his elite 2018 and poor 2019 seasons:

If you clicked play, you’ll see pretty much everything, including fastball velocity and spin rate take a hit, which is obviously a bit concerning. With that said, I’m not actually convinced that his fastball velocity dip was the culprit. Mostly because it wasn’t actually much of a dip at all.

The point here is that, yes, his fastball velocity dipped in 2019, but to a level at which he’s already and consistently shown an ability to dominate. So if it’s not that, what was it? If I had to guess? His slider (in more ways than one).

First, check out what Brendan Miller discovered in his investigation:

And the separation between his sinker and slider release point was a constant issue through 2019 (illustrated month by month) pic.twitter.com/VROOqBptYT

Treinen was unable to replicate the release point between his sinker and slider in 2019 the way he was in 2018 and that affected the tunneling of each pitch, limiting their overall effectiveness. Indeed, that could be why his four-seamer and sinker were not nearly as valuable last season as they were in the past, despite similar velocities – they play off the slider, which he wasn’t able to throw from the same release point.

But it’s not just that – Treinen has also been shying away from his slider more and more every season:

And herein lies the risk. Treinen’s ability to throw his slider often and effectively is clearly crucial to the success of his fastballs. And yet … he’s throwing the slider less and less every single year. That seems like a bad sign, right? It’s not like he doesn’t know these things. It’s not crazy to imagine, then, that there’s some reason he can’t or won’t throw his slider as often and that could mean he may never project to be effective again.

Related or not, Treinen also spent part of the 2019 season on the IL with a “mild” labrum strain in his shoulder. He didn’t even miss two weeks with the injury, so it may have been more of a “take some time and try to get right” situation than a serious ailment, but all caveats apply when you’re talking about a pitcher’s shoulder.

But if the Cubs and Treinen believe he can get his slider back to the same release point, improving his tunneling, and throw it more often next season, and if he’s healthy, I see no reason why he can’t go back to at least being a useful reliever, and maybe even a dominant one.