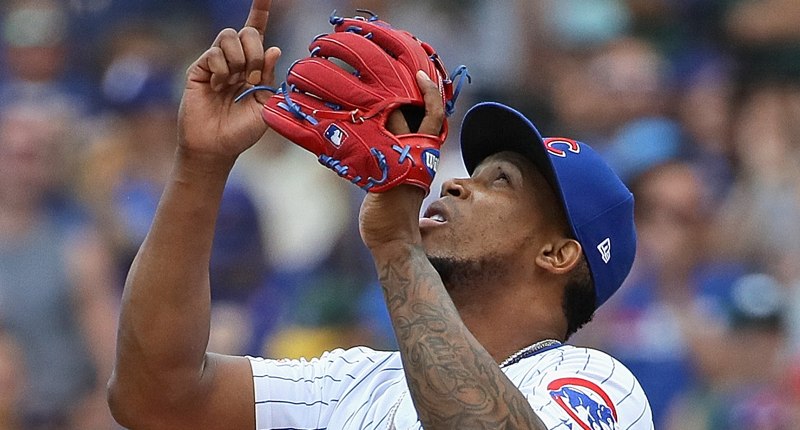 Sigh. I suppose this is what happens when you’re forced to sit on your hands for too long, eh?

Before we get into anything else, I do just want to say this: Good for Strop. He got himself a legitimate big league deal with a contending team in a familiar division, with a chance to earn some legitimate money after what was a very down season thanks to some injuries and general aging/fading.

If nothing else, I’m very happy for one of the brightest Cubs teammates and greatest Cubs relievers of all time.

Strop came over to the Cubs quietly – as part of a deal that also brought Jake Arrieta – but quickly became an absolutely enormous part of this team (both in spirit and performance). And although he never quite got the credit he deserved – for whatever reason – I know the Cubs and their fans will miss him. He was a real one. And a really good one, too.

Now, with all of that said, I will add this: I’m not particularly surprised the Cubs didn’t match this offer. Not only are we well-versed in their frustrating relationship with the luxury tax threshold at the moment, the Cubs know Strop better than anybody else.

It’s entirely possible that even if there weren’t significant financial restrictions limiting their mobility, they’d look at his declining fastball velocity, multiple (and recent) hamstring injuries, and overall decline and politely pass on a big league deal right now. Obviously, we were still holding out some hope for a Minor League pact, but Strop got his big league offer elsewhere and that’s that.

And now, there’s nothing left but to wish him the best of luck and hope that he finds a way to dominant the Brewers and Cardinals … while blowing it up against the Cubs. I think that’s fair, no?