Cubs Prospects Notes: Top Cubs Lists from Pipeline and Law, 3 Cubs on a New Top 100, Much More Skip to content 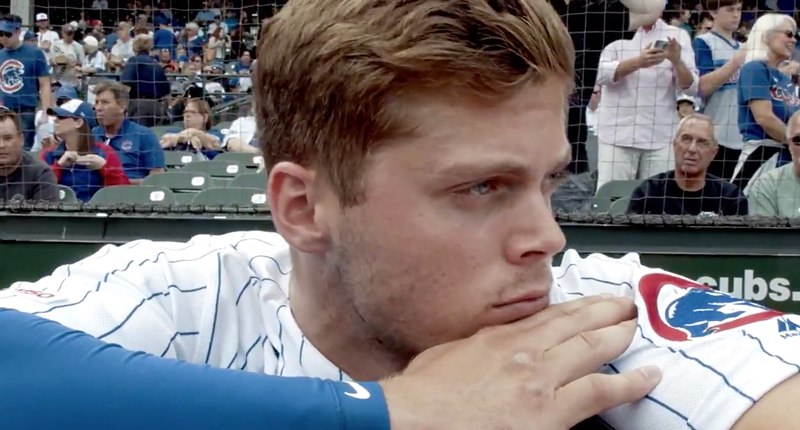 A surprisingly big day came together on the prospecting front today, as each of MLB Pipeline and The Athletic (Keith Law) released their top Cubs prospect lists, and ESPN (Kiley McDaniel) released its top 100 prospect list. There are also a couple other stray items, so I figure we’ll do some Cubs prospect notes to touch on it all …

Theo tells Kaplan that Brailyn Marquez's stuff is as good as anyone in the organization "including Yu Darvish."

On Amaya’s inclusion at a relatively high ranking, McDaniel writes, “Amaya is in the risky prospect subset of young catchers but is one scouts feel good about because all the tools and soft skills appear to be present. The tools are here for an above-average defender with a plus arm, along with the adaptability and pitching-staff-leading qualities. He shows solid-average raw power, with solid pitch selection and contact skills. Anything close to league average offensive production as a catcher would make Amaya one of the top 12-15 catchers in the league.”

I mention that description because it mostly squares with our own perspective on Amaya, and in particular, his defense. But in Law’s just-released top 20 Cubs prospects list, you can see how he has a very different perspective (and that’s why Amaya didn’t make his top 100) – emphasis mine: “Amaya has been inconsistent and can be frustrating to watch, but he has the tools and the patience to end up an above-average everyday catcher. His 2018 season was a mess, but he was pretty good in 2019, better than the raw stat line indicates because he was just 20 in high A and Myrtle Beach is such a bad place to hit – he hit .250/.345/.458 on the road. He sees pitches and draws walks without striking out, but his swing decisions aren’t good and he gives away too many at-bats. He’s got plus power and a plus arm, with a career CS% of 37 percent, and is adequate behind the plate, enough to stay there with the potential to get to average.” Most think “average” is Amaya’s defensive floor at this point, but Law pegs him far enough below that range that Amaya has only the potential to get to average. I understand that an average big league catcher is not a criticism of defensive ability, but again, most see Amaya has having a fairly high defensive floor already for such a young catcher.

Otherwise, Law’s top 20 Cubs prospect list stands out for how close to the general consensus it is (most of the guys are in the same general ranges as other lists – Law is often a little more idiosyncratic than others). Some things do stand out: Law is much higher on Chris Morel and Yovanny Cruz than most folks (outside of BN), which is not necessarily a surprise, because Law tends to like the loud-tool, high-risk types. Chase Strumpf (17) is much lower than most other lists, as Law sees a big problem in Strumpf’s swing mechanics (over-rotational, which means he has trouble covering the outer half).

Like Law, MLB Pipeline digs young righty Kohl Franklin as a big-time upside arm, and tabbing him with the best changeup in the system – pretty incredible for a 20-year-old with just 3.0 innings in full-season ball. He’s obviously a guy to watch this year for a potential pop. They, too, are higher on Morel and Cruz than most, so that’s fun. Also like Law and most other Cubs lists, outfielder Cole Roederer is seen as the best prospect in the system after the clear top four.

Here’s the full top 30 from MLB Pipeline, and you can head over to see the scouting reports:

Orioles Rule 5 pick Michael Rucker pitched himself out of a big jam Tuesday, and in the process, might be pitching himself into the big league fold.