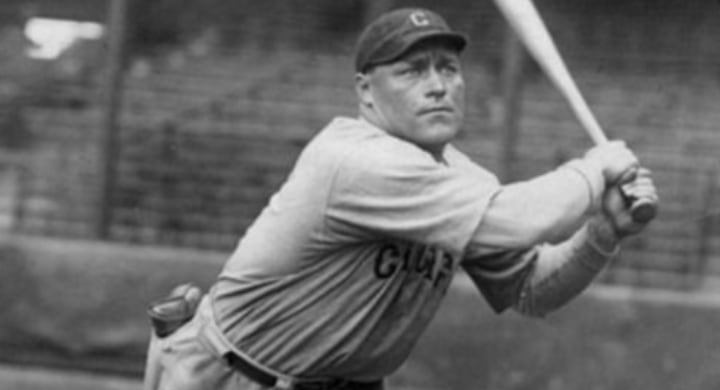 On April 27th, 1983, Nolan Ryan became the strikeout king of Major League Baseball, de-throning Walter Johnson with career K No. 3,510. As we discussed earlier this week, however, Ryan would go onto strike out another 2,205 batters before finally hanging up his cleats, finishing with a total nearly 1,000 Ks higher than that no-name scrub in second place (Randy Johnson).

Needless to say, I stand by what I said at the time: the strikeout record isn’t going anywhere, not even in this extreme strikeout environment. The combination of Ryan’s longevity and dominance, plus the increased reliance on relievers today just doesn’t leave much room for a legitimate challenger.

HOWEVER, maybe I was a little overzealous when I said it was among the safest records in MLB, or suggested that it was the only inner-circle unbreakable record we’d talk about this week. Because former Cubs outfielder Hack Wilson may have something to say about that.

At ESPN.com, David Schoenfield took a look at the most interesting records for each of MLB’s 30 franchises, which reminded me of Hack Wilson and his single season RBI record ….

Now, you probably are familiar with this record being Hack’s, what with him being on the Cubs and also baseball fans like statistics. And you also already know that 191 is a lofty total, just based on what your gut tells you having watched baseball over the years.

But have you really internalized just how ridiculous that is? Like, really taken a moment to contemplate what it would take to get there? I hadn’t. And I know you can see how close some of his peers were to his total back in the day, but as Schoenfield explains to great effect that record isn’t going ANYWHERE.

Before getting into the logistics of how someone could topple this record, let’s give this a little modern context. Surely, someone has gotten close in the last 90 years, right?

So to put it bluntly, even the superstars at the height of the steroid era and the juiced ball era weren’t sniffing Wilson’s record. But as it turns out, that’s not entirely their fault. Wilson was extremely talented and couldn’t have done what he did without being one of biggest offensive forces in the league, but he was also the benefactor of some extremely irreplicable circumstances.

On the surface, there are some obvious advantages, like the high-scoring era of the 1930s and playing in a great hitters park (Wilson hit .388 with 33 home runs at home, compared to .321 with 23 home runs on the road, per Schoenfield). But those are less idiosyncratic than everything that comes next.

I’ll let Schoenfield deliver this part in his own words:

Wilson spent all 155 games batting cleanup. The top three spots in the Cubs’ lineup had OBPs of .332, .425 and .425. An important facet of that, however, is that they hit a lot of doubles (120) and triples (44) to put themselves in scoring position, but not an abundance of home runs to drive themselves in (38). That gave Wilson a ton of RBI opportunities, and he hit .356 with 56 home runs.

AH. Now here’s where it gets weird.

Wilson hit cleanup for 155 games in 1930, behind two OBP machines and one solid on-base hitter. But the key wasn’t just getting on-base, it’s how they got on base. These three hitters held a unique combination of on-base skills and power with a total dearth of home runs, providing an extraordinary number of opportunities for RBI. Familiar comparisons of players who’s meet this criteria – per Schoenfield – include 2004 Ichiro Suzuki (.414 OBP, 8 HRs), 2018 Joey Votto (.417 OBP, 12 HRs), and 2016 DJ LeMahieu (.417 OBP, 11 HRs).

Imagine putting a peak offensive weapon behind those three peak season batters in the middle of baseball greatest offensive era.

To get even more specific, the Cubs top three hitters reached base 912 times in 1930, which, after accounting for their home runs, leaves roughly 874 times on base in front of Wilson (we can’t be precisely certain due to a lack of complete data, but this is a rough estimate). By contrast, the top three players from any team in 2019 reached base 863 times, but because their names are Alex Bregman, Marcus Semien, and Mookie Betts, they also hit 103 homers, which reduces that total down to 760.

How much you want to bet on that happening?

Yeah. This guy’s record is safe