Doug Glanville Thoughtfully Asks One of the Biggest Questions, "Would I Play?" Skip to content 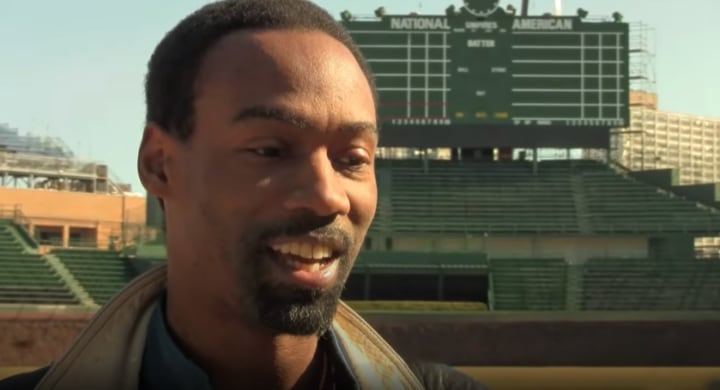 Last summer, Luis and I were lucky enough to do a little Cubs (post) post-game show on NBC Sports Chicago called Outside the Ivy. And in so doing, I was even luckier to get to know former Cubs outfielder and current baseball analyst Doug Glanville. And let me tell you, in addition to being a brilliant baseball mind and all-around good dude, Glanville is one of the most thoughtful individuals in this industry. His openness to new ideas and carefully measured perspective is always both refreshing and illuminating.

My point here, however, is not to name-drop former players I’ve met in the studio (cough… David Dejesus, Frank Thomas, Ozzie Guillen, Scott Posednik), but rather to point out that whenever Doug Glanville addresses an issue, I’m sure to give him my full attention.

As the tension ramps up between #MLB and the @MLB_PLAYERS, I thought about why I would play, and why I wouldn’t. Thoughts? #Phillies #Cubs #ESPN https://t.co/HJcK89etYi

Glanville taps into his previous union experience to provide three reasons he would play this season, if he were still in the league, as well as three reasons he would not. I won’t do him (or you) the disservice of merely summing up his points (just read his article), but I can give you a taste of his perspective:

This is an extremely difficult decision for all players. It will hinge on health, economics, travel, family and a whole host of other factors. This is their profession and they will ultimately seek an end result that allows them to work. I realize that my career at 25 and my career at 35 would yield a completely different set of priorities, but at the core, I would follow a fair and collective solution, as long as my family could fully support the risk.

More than ever, individual circumstances will weigh on the collective mission of the players’ union, and those in a certain strata will reconsider what the greater good is when it involves not just economic sacrifices but potentially major health risks as well.

Broadly speaking, I really enjoyed his thoughts on sacrificing the present for the future as a member of the union, who, himself, benefited by the sacrifices of those that came before him. And I was glad to see we agreed on the almost purposeful divisiveness of the owners sliding scale proposal, which he believes should be rejected out of hand, stating “If the players open this door, the credibility of their core mission would be at risk.”

On the flip side, I completely understand the reasons he wouldn’t play and how they could related to some very big players in the league – particularly his concerns over the health and safety of his family, not only himself.

Like usual, Glanville has a well-rounded, thoughtful discussion, and the journey through his thought-process is more the reward than any conclusion he ultimately reveals. It’s worth giving a read with the negotiations going on.