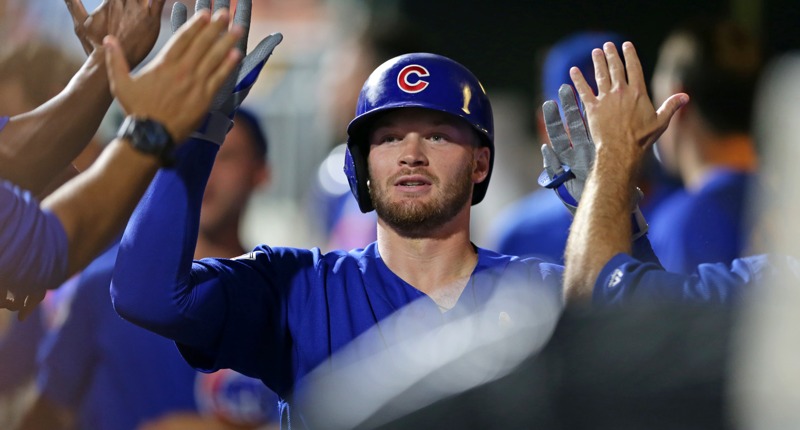 It’s always worth hearing from Ian Happ, who has made himself exceptionally available in this extended offseason.

But, as a player representative for the Cubs, it’s worth hearing from Ian Happ, in particular, when discussing the state of negotiations on a return to play. It’s also worth hearing from Happ because, as a pre-arbitration player, his perspective adds additional color to the groups of players we’ve heard from most during this process. (Of course, the players have presented a more unified front than I can remember in recent years, so maybe it’s all just one big message anyway.)

In any case, Happ spoke with The Dan Bernstein Show today on 670 The Score about this stuff, and conceded something we’ve all accepted, but now we’re hearing it directly from the players: yes, MLB and the Commissioner can unilaterally mandate a shortened season (with full prorated pay).

But from where he sits, the hope is still for something approaching a half of a season.

“I’m hopeful that we get to a place where we’re playing more than 48 or 50 games, which MLB and the Commissioner have the right to mandate,” Happ said. “So hopefully we’re looking at something closer to half a season where we feel like players are playing enough games and we feel like fans are getting enough baseball in their lives.”

The last offer from the players was for an 89-game season at prorated pay (with all the other enhancements the owners are seeking), which ostensibly closed the financial gap between the sides to 32 games (the owners’ last offer worked out, effectively, to 57 games’ worth of prorated pay). Getting 81 games at prorated pay is almost certainly not something the owners are going to do, whether they should or not. At this point, they are as firm on not going past the previously-scheduled end of the regular season (September 27) as the players are on not accepting less than prorated pay.

So, then, as we’ve discussed, it just seems like landing on a deal in the low-70s worth of games, at prorated pay (perhaps with deferrals), but with the players agreeing to all the other game/postseason enhancements, is in everyone’s long-term interest. I know I’m dreaming that it will actually happen. Every data point we’ve had in the last month points toward the owners and MLB simply biding their time until they can declare a season longer than 50 games is impossible, so boom, that’s what’s happening.

But, like Happ, I sure wish we could get something closer to half of a season, which would not only net the players more pay and provide more games for the fans, it would just feel slightly closer to a “real” baseball experience.

For more from the always-thoughtful Happ, check out the interview here.