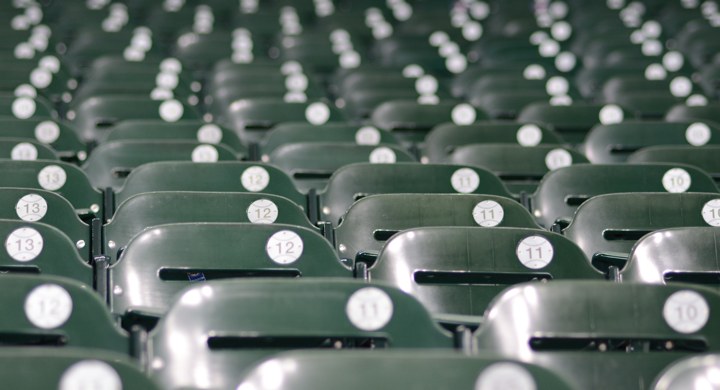 We’re getting our first hint on how an MLB team may proceed in a state where fans are permitted at outdoor venues, so this is pretty notable. Also, the info is coming out a day after owners and players wound up declining to re-evaluate their March Agreement (a re-evaluation that was premised entirely on there being no fans at games). So you can insert your own thinking face emoji.

Evan Grant at the Dallas News reports that the Texas Rangers – if there is a season – are moving forward under the state’s guidelines that would permit up to 50% capacity at outdoor sporting events. The team has started surveying season ticket holders on a variety of items that would impact what attendance would look like (masks, distancing, etc.), and the plan is to incorporate some attendance at the new Globe Life Field.

Only a handful of states are to a point where they will permit limited-capacity attendance at sporting events in the coming months – Illinois joins their ranks this week – and it remains to be seen how teams will actually proceed under those pandemic laws, and how cities or other municipalities will impact the planning process. Chicago, for example, may not yet permit fans at games in the city, even after the state has permitted it. It’s going to depend on how things go over the next month, I expect.

(As an aside, though: the rooftops around Wrigley Field, most of which are owned by the Ricketts Family, are likely to be permitted to have very limited attendance. So those might actually have some fans first … which would be a very odd sight. Again, this is all if there is a season at all, which is still no sure thing.)