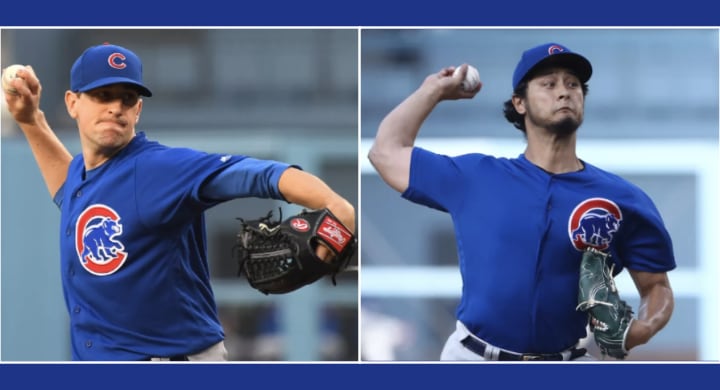 In another life, one where our country did a much better job responding to the pandemic and MLB did a much better job getting on the same page with the players, we could be watching actual baseball today. Having the sport back by the Fourth of July was long the hope, and, again, if things had proceeded much better, it would’ve been possible.

Instead, teams are just now ramping up to try to start a regular season later this month amid worsening case numbers across the country and fights about something as simple and effective as wearing masks.

But, hey, at least we’re getting some kind of baseball on the Fourth: it’s a intrasquad game between the Cubs and the Cubs, with the possible Opening Day starters taking the mound:

Kyle Hendricks and Yu Darvish are each scheduled to throw three innings today in an intrasquad matchup at Wrigley.

DESTROY HIM, YU! DOMINATE HIM, KYLE!

It is a testament to what these guys have been doing with the sport shut down that they’re immediately throwing three innings in an intrasquad game. I have no doubt the Cubs want to proceed cautiously with pitcher arms, so this *is* the cautious route. Which, again, means they must have really been staying arm-fresh this whole time.

I’ll share whatever additional details we get from the game. I am sure there are logistical hurdles, medical hurdles, and maybe even rules that prevent it, but I sure wish we were getting this game on Marquee. It’s one of the benefits of having a dedicated sports network: they’re supposed to be able to show you anything and everything whenever they want, because there are no other teams or sports to accommodate.