Blue Jays Players Reportedly Told Penalty for Being Seen Outside Hotel or Ballpark: Fine or JAIL Skip to content 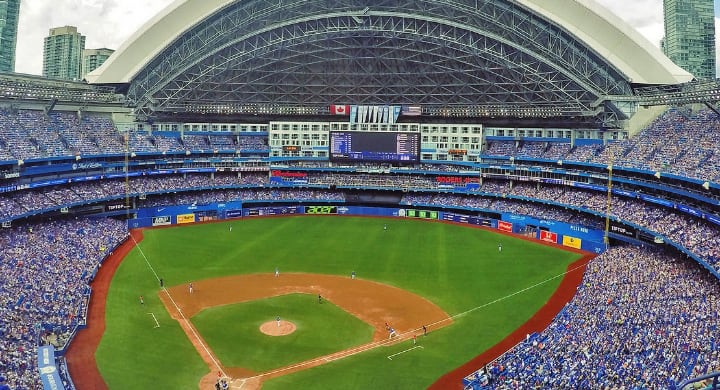 Most teams are relying on a common sense of purpose and collective care as the primary ways to enforce health and safety protocols.

But the Blue Jays? They’re gonna toss your a** in jail:

Here is what’s going to keep #BlueJays players in their stadium/hotel bubble this summer:

Per multiple sources, players have been told penalty if seen outside ballpark is $750,000 fine and potential jail time.

Apparently this isn’t just the Blue Jays organization going over the top, either, as Toronto’s province has – at least at some point during this pandemic – had laws in place that violating the emergency health and safety rules could indeed lead to a fine or up to one year in jail. There’s also a quarantine law in place upon arrival for folks coming from outside.

Yeah, I’d say that’s going to be pretty effective at keeping players from going anywhere they aren’t supposed to go during the pandemic. Will it make them more wild on the road because they feel constricted at home, or will it impress upon them an even more serious sense of duty? No idea. I just thought it was eye-popping.