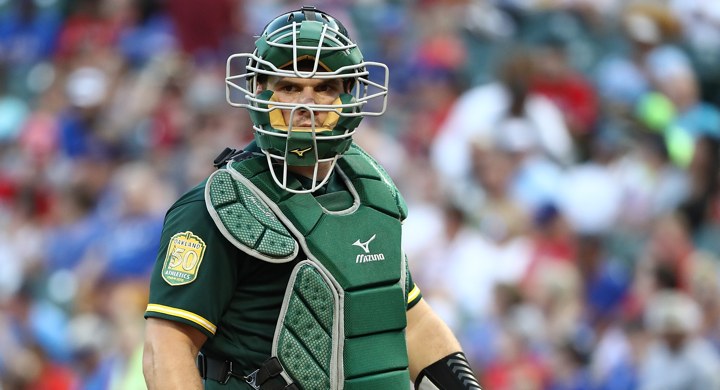 It might have seemed like an obvious conclusion, given that there were open questions about a third catcher back when the roster was set to be 26 players. At 30 players for Opening Day now, of course the Cubs are gonna carry a third catcher, right?

Well, I think the answer is probably yes at this point, but I’d push back against it being an obvious conclusion. You have to remember, the roster is being expanded to 30 because pitchers won’t have quite as much time to fully ramp up, so it’s expected that the majority of those extra four spots will be taken up by pitchers. Would I expect a third catcher for Opening Day? Yeah, I’d bet on it. But I’m just saying: it didn’t get super duper obvious just because the roster expanded to 30.

Against that backdrop, when David Ross says things like this, I think we can tentatively start penciling in Josh Phegley for the early-season roster:

Ross, on Caratini, while discussing why carrying a 3rd catcher might make sense for Cubs:

"I've said it numerous times, I like Vic's bat and he's in the DH mix. I know everybody wants to stick Schwarb in the DH spot, but like I've said, we'll move some things around."

Caratini has showed, in limited duty so far, a big-league-caliber bat. As in, the kind of high-contact, good-discipline, switch-hitting bat you’d love to have in the lineup as much as possible. And since Willson Contreras also has an excellent bat, your best option is to use that DH spot, frequently, on one of the top two catchers. Doing so is a lot easier if you’ve got a third catcher on the roster at the ready if the catcher gets dinged in-game (so you won’t lose your DH spot by moving him behind the plate).

Phegley, in on a minor league deal, would be the obvious choice, given his robust big league experience, his good bat against lefties, his playable overall defense, etc. Phegley looks on paper like a guy who’d be OK as your veteran back-up catcher overall, and on the Cubs, he’d be the third catcher. Not bad to have available, especially since he, too, could come off the bench a bit against lefties.

Tentatively, you could start thinking about Phegley making the Opening Day roster, and Caratini/Contreras seeing some starts at DH. Keep in mind, that 30-man roster drops down to 28 after a couple weeks, and then down to the normal 26 after another couple weeks.