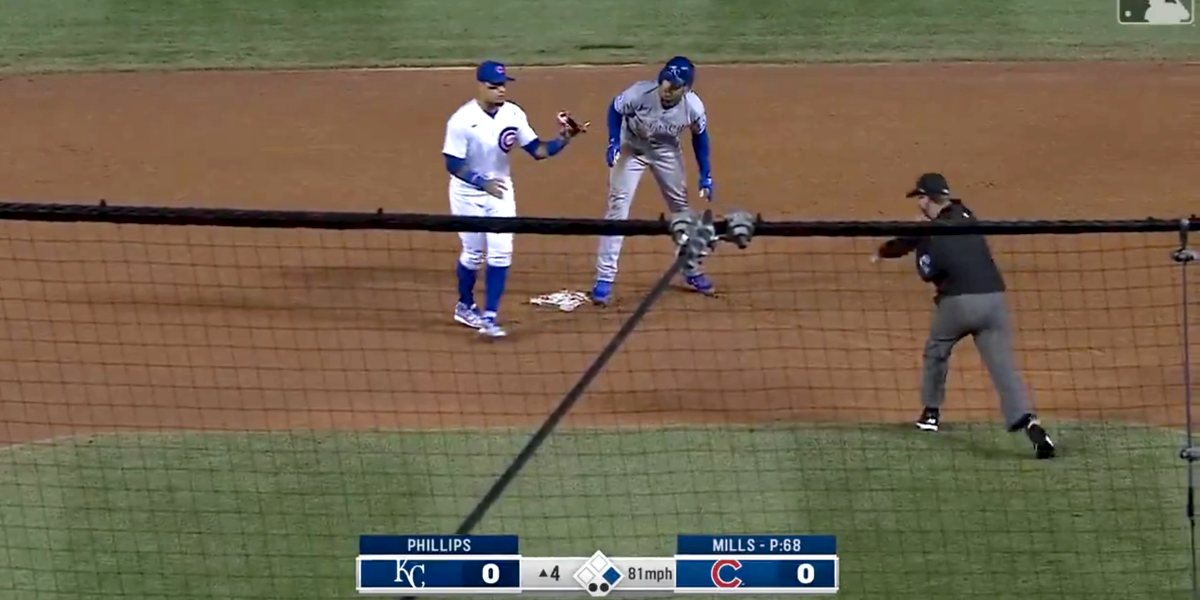 I know that I shouldn’t be floored by anything Javy Báez does at this point, especially one of his incredible tags … but man, I just cannot believe he pulled this off.

With speedy Adalberto Mondesi trying to steal second and getting a good jump, Willson Contreras didn’t have a lot of time to get a throw off. He popped quickly, as he does, but he inadvertently bounced the throw. No chance at an out, especially with Mondesi right there at the bag.

But you know where this is going:

Javy tags are in season. pic.twitter.com/owwhpmc4s1

This Javy tag is phenomenal. pic.twitter.com/SjEYk2zbJl

How on earth did Javy track that ball bouncing into the runner, as the runner arrived, and still manage to snag the ball WHILE applying the tag? It just shouldn’t be possible. You should never record an out in that situation. I mean, stick around to watch the second replay in that Marquee video so you can see it up close and in slow-mo. It looks IMPOSSIBLE.