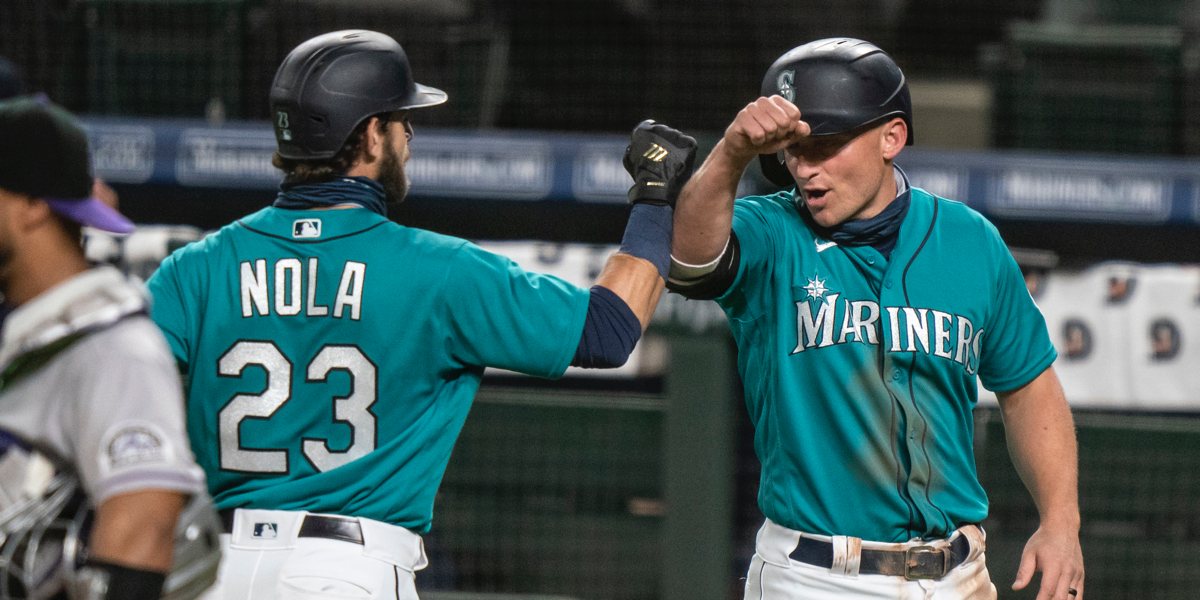 A seven-player trade, at any time, is an utterly absurd thing. To actually pull it off – to agree on the valuations well enough to do it – is nearly impossible.

To do it in THIS season? With all the hurdles of THIS year? It cannot be done. Just can’t be done.

Unless, of course, you are the two craziest trading baseball executives in baseball, A.J. Preller and Jerry Dipoto:

Outfield prospect Taylor Trammell is headed to Seattle in the deal that will send Austin Nola to the Padres, sources tell ESPN. This is a seven-player trade, per sources.

Catcher Luis Torrens is headed from the Padres to the Mariners in the Austin Nola trade, source tells The Athletic.

I can’t wait to see what else is going on in this deal, because Torrens and Trammell are both significant pieces, and Nola, albeit as a very late-bloomer, is looking like a stud at the plate who can play all over (including catcher). Yes, he’s Aaron’s brother.

UPDATE: More players in the deal:

Reliever Austin Adams is headed to the Padres in the Austin Nola-Taylor Trammell deal, sources tell ESPN. Big-time right-handed arm who struck out 51 in 31 innings last year. He's been recovering from ACL surgery but will return soon and be a nice add alongside Trevor Rosenthal.

Andres Muñoz is headed to Seattle in the Austin Nola-Taylor Trammell trade, sources tell The Athletic.

Ty France headed from Padres to Mariners along with Trammell and Torrens.

Adams is potentially better than Muñoz, though there’s that injury risk. Otherwise, similar team control there on that part of the swap for two young relievers. France is a potential big bat at second base.

UPDATE 2: And the final player is struggling, but big-stuff reliever Dan Altavilla:

Deal as it stands, per sources and reports from @Dennistlin, @JeffPassan and @RyanDivish: Taylor Trammell, Luis Torrens, Ty France and Andre Muñoz from Padres to Mariners for Austin Nola, Austin Adams and Dan Altavilla.

So if you think about Muñoz and Adams being a swap, it’s Trammell, Torrens, and France for Nola and Altavilla. That’s a hefty price for Nola, but again, he might be a really good bat at multiple positions for several cheap years.

This is a monster trade, and is a significant upgrade to the Padres, who’ve already added Trevor Rosenthal and Mitch Moreland.