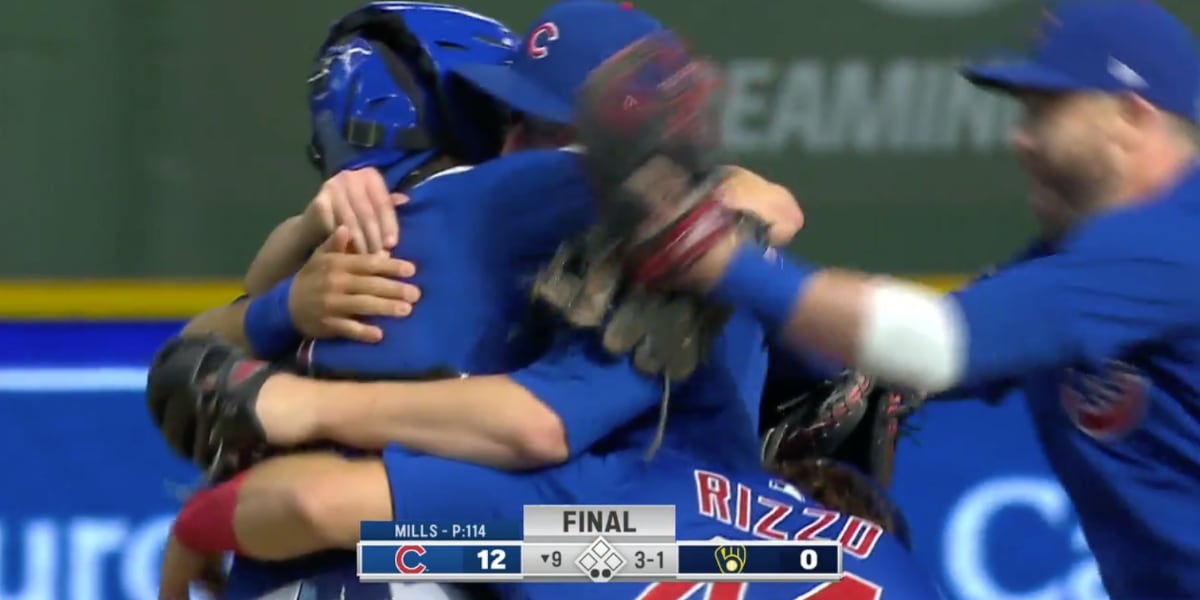 WHAT A DAY FOR CHICAGO SPORTS!

Just an hour after the Bears completed an absolutely brilliant 4th quarter comeback against the Detroit Lions, the Chicago Cubs – well, Mr. Alec Mills, to be specific – no-hit the Milwaukee Brewers at Miller Park.

UNBELIEVABLE! I’m jumping out of skin with sports pride for this city and a ton of love for Cubs starter Alec Mills.

It’s the first no-hitter for the Cubs since Jake Arrieta in April of 2016 against the Reds in Cincinnati. Arrieta also threw one a season earlier against the Dodgers in Los Angeles. Apparently, no-hitters come on the road for the Cubs. This was only the 16th no-hitter in Chicago Cubs history.

As for the performance, Mills struck out just five batters on the day, but that allowed him to keep his pitch count down long enough to enter the ninth at just 103 pitches. He also walked 3 batters, which puts him well away from the perfect game, but man, oh man, what an absolutely brilliant performance. And at just the right time!

Questions had started surfacing around the Cubs rotation with Tyler Chatwood and Jose Quintana out with injuries as others struggled, but Mills had a great start against the Reds his last time out, Jon Lester dominated the Brewers on Friday, Kyle Hendricks handled his business last night, and, of course Mills, who is trying his best to remain in the Cubs rotation for the forseeable future, no-hit the Brewers today.

By the way, that was only the second no-hitter in Miller Park history. The other? You might remember:

We’re going to have much more on this start soon, but for now, my friends, celebrate! No-hitters are rare. This is so much fun. I am giddy. Go Cubs. Go Mills. Party time.