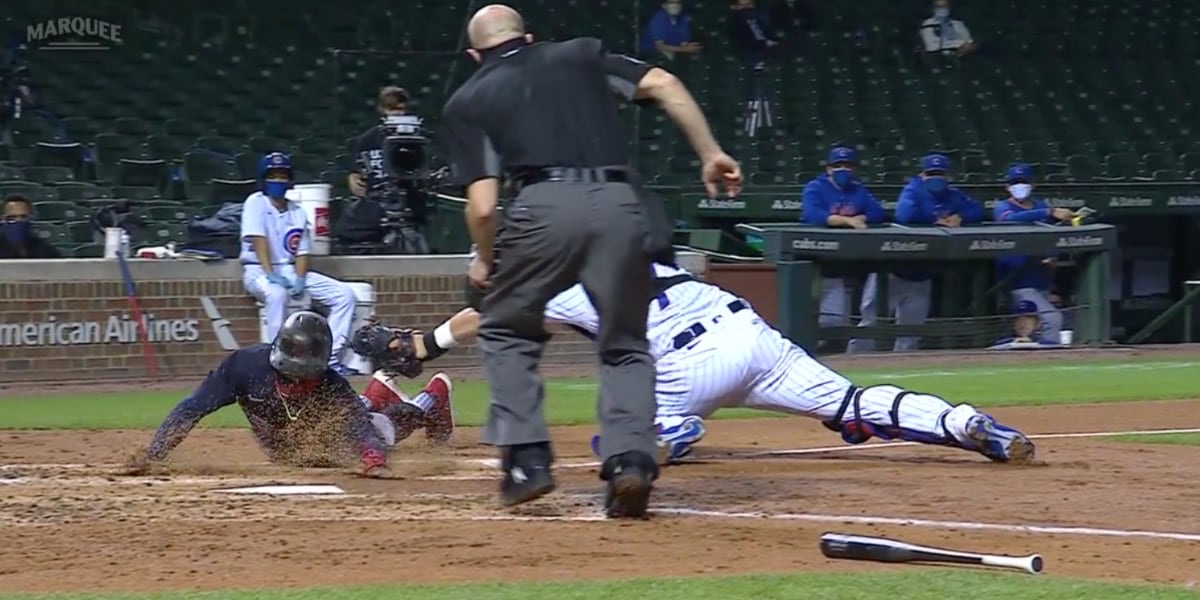 It’s always been an underappreciated part of his defensive game in my view, probably because he’s darn good at tracking and catching the ball. But Jason Heyward’s arm has always been absolutely freaking fantastic.

He just showed it off, ending what was becoming a very problematic inning for Yu Darvish (and the other defenders), throwing out Francisco Lindor at the plate on a would-be sac fly.

In case you didn’t know, Lindor is fast. But Heyward doesn’t care:

Heyward put EVERYTHING into that throw, and it was more or less perfect. The Indians challenged the play on the basis of blocking the plate (wut?), but it was of course upheld. Just an incredible throw.