Free Agent Mike Minor: A Lefty Rotation Option for a Team Like the Cubs? Skip to content 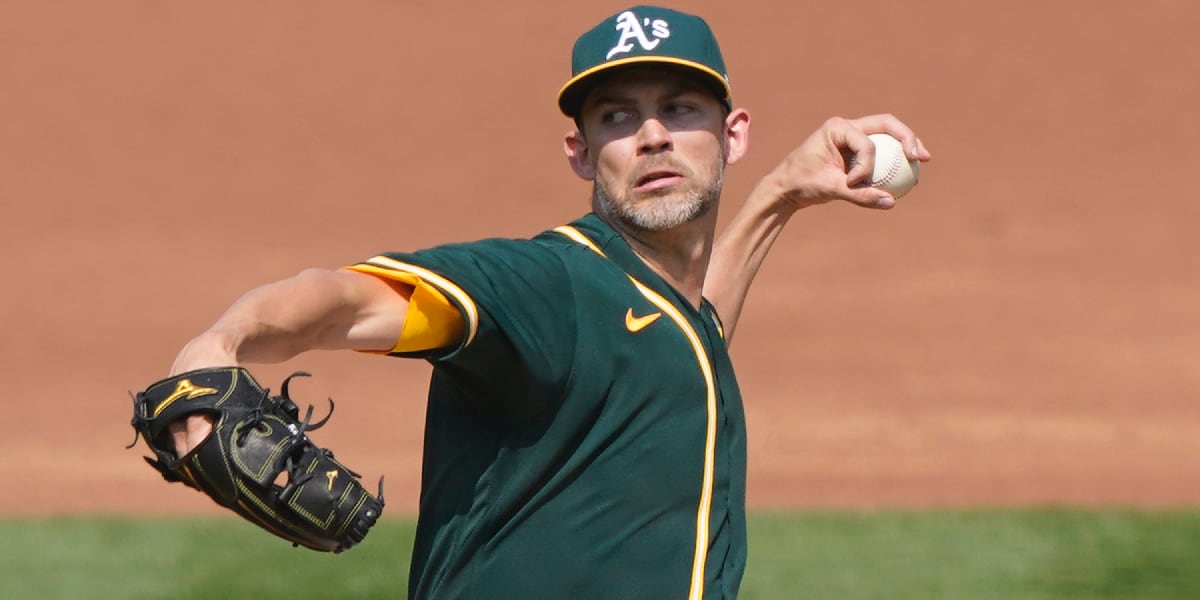 When we look ahead to the Cubs 2021 rotation, we can confidently lock down both Yu Darvish and Kyle Hendricks, while pencilling in guys like Adbert Alzolay, Alec Mills, Colin Rea, and Tyson Miller for some competition near the back of the starting five, plus the depth behind it.

But whether the Cubs actually aim to ball out to win next year, or simply see what happens and smooth the transition to 2022, they’re going to need to add some help from outside the organization. Theo Epstein said as much at his season-ending presser.

Fortunately, there are a number of intriguing free agent starters available – including Kevin Gausman, Masahiro Tanaka, Marcus Stroman, Trevor Bauer, and more. Unfortunately, we know the Cubs won’t likely play in the deep end of free agency (again) this winter. But even beyond that, there’s something all four of those free agents have in common that you could say make them arguably a less-than-perfect fit: they’re all right-handed … exactly like the six Cubs starters I mentioned above.

After losing Cole Hamels in 2019, and (probably) Jon Lester and Jose Quintana in 2020, the Cubs rotation has gone from extremely left-handed to possibly not left-handed at all. You prefer to simply have the best five starters you can, but realistically, the variance at the back of the rotation is small, so you’d like to give opponents different looks.

For the sake of a free agency discussion, where can the Cubs find a free agent starter who throws from the left side of the rubber, but is also plausibly in their price range?

How about Mike Minor?

Minor, 32, is a free agent this winter, after being traded from the Rangers to the A’s mid-season. And if you recall, the Cubs actually targeted Minor back before he signed his three-year/$28 million deal with the Rangers back in 2018 – though the Cubs wanted him as a reliever at the time (and so did I).

In fact, if I had it my way, the Cubs would sign Minor as a reliever this offseason. Yes, this is a guy who’s reinvented himself as a member of the rotation since his breakout relief campaign in 2017, including finishing 8th in the AL Cy Young voting as an All-Star in 2019. But after seeing him throw 77.2 innings of relief, including 20 appearances of more than one inning, with a 2.55 ERA (2.62 FIP) in 2017, I can’t help but lust after that sort of production from the left side of the Cubs pen moving forward. It would solve so many problems at once.

That said, he was a starter again in 2020 and will likely seek out an opportunity to start in 2021. Fine, fine. There’s still a lot to like and even more to discuss.

For example, the only reason a 2019 All-Star like Minor might fall into the Cubs price range in the first place is because he had a pretty awful 2020 campaign by the results and surface-level peripherals: 5.56 ERA (4.64 FIP). And although there are some reasons to believe in a bounce-back – beyond simply excusing him for the weirdness of the 2020 season – there are some legitimate concerns. It’s just that those concerns might also hold the key to his success and affordable availability.

Just to set up the baseline for Minor’s performance over the years – he’s intermittently had tremendous success as a starter, interspersed with some very down seasons and that one brilliant year in relief:

You can see that much of Minor’s poor results in 2020 came by virtue of an increase in homers allowed, and an outlandishly low left on base rate (which is the kind of thing that tends to normalize toward your baseline over a full season). The homers weren’t entirely a fluke, mind you, because Minor allowed more hard contact this year than he ever has before.

Then again, even accounting for that hard contact, Minor might’ve been very unlucky: his expected wOBA at Statcast was a solid .304 (tied with, for example, Max Scherzer, and a click better than guys like Jose Berrios, German Marquez, and Dallas Keuchel). Moreover, his expected ERA was a whopping 1.35 runs better than his actual ERA. Among regular starters, by that metric, he was the 9th most unlucky pitcher in baseball.

The question now is: what else happened under the hood with Minor in 2020, and is it a significant concern going forward for the 32-year-old?

First, and most pressing, Minor’s fastball velocity dropped rather significantly from 2019 (92.5 MPH) to 2020 (90.6 MPH), and that’s obviously concerning … but it might also be the way the Cubs can scoop him away from other teams. Because despite the drop this past season, Minor’s fastball spin rate remained elite, finishing in the 97th percentile according to Statcast. Practically speaking, that left him with the 18th most valuable fastball in 2020 (5.8), a few spots behind Kyle Hendricks (6.4, 15th), but ahead of Gerrit Cole (5.0, 21st) and Yu Darvish (5.0).

Hopefully, based on his company, you can see why velocity isn’t everything when it comes to fastballs. If Minor were able to continue having success with his fastball even after the velocity drop every pitcher faces in his 30s, that would be a tremendously good sign for his effectiveness over the next few years.

And not that pitch value is everything either, but his changeup (2.4, 19th) and curveball (1.1, 26th) both ranked among the top-30 pitches in all of baseball. And anyone who’s got three pitches ranked among the top-30 of their type in MLB, including an elite spin rate from the left side of the plate with his fastball, is at least worth considering, right?

Now, by contrast, Minor’s slider ranked out as one of the worst sliders in the game, but the Cubs have enjoyed some success teaching pitchers the cutter lately. So maybe they can help Minor reduce his reliance on the slider (~20%), in favor of a more effective, albeit similar, fourth pitch? But even if they can’t – or if he’s unwilling/unable to try – it is fair to point out that the pitch had an expected wOBA of .338 last season based on the quality and quantity of contact made, despite finishing with an actual wOBA some 75-points higher!

Contract Expectation and Fit for Cubs

So now we’re talking about a guy who finished as a top-10 Cy Young finalist in 2019 with three plus pitches and one not-as-bad-as-it-seems pitches, who was a former Cubs target, who should be available for less than what I think he’s worth, who also throws from the left side, and who could move into the bullpen if necessary. The Cubs need at least one starting pitcher externally, and it’s not as if they don’t have room in the bullpen for an impact lefty, if that’s what it comes to.

There’s a fit here. I know it.

What I don’t know is if enough other teams will agree enough to price him out of the Cubs range. It certainly doesn’t hurt that Minor has flown under the radar in Texas for a few years before being traded mid-season to the A’s, but he’s also very much not a nobody. If the Cubs can find a way to get him into their lab where they can work on that velocity and that slider, I can see him being a very effective, relatively affordable southpaw in the starting rotation for the next 2-3 years.

How much does a guy like Minor, with his profile and age and velocity and so on, get in a normal market? Well, I think about Kyle Gibson getting 3/$28 million and Jake Odorizzi getting 1/$17.8 million last year if you wanted rough comps, though those guys were each a bit younger. In this market, though? Coming off his worst year that includes a velocity decline, and pitching next year at age 33? It feels hard to see him getting more than one or two years at $8 to $10 million per year, but that’s us spitballing pretty aggressively on what the pandemic-impacted market could look like. It wouldn’t shock me at all to see a deal much smaller, or maybe even one slightly larger. It’s very, very hard to predict this year.