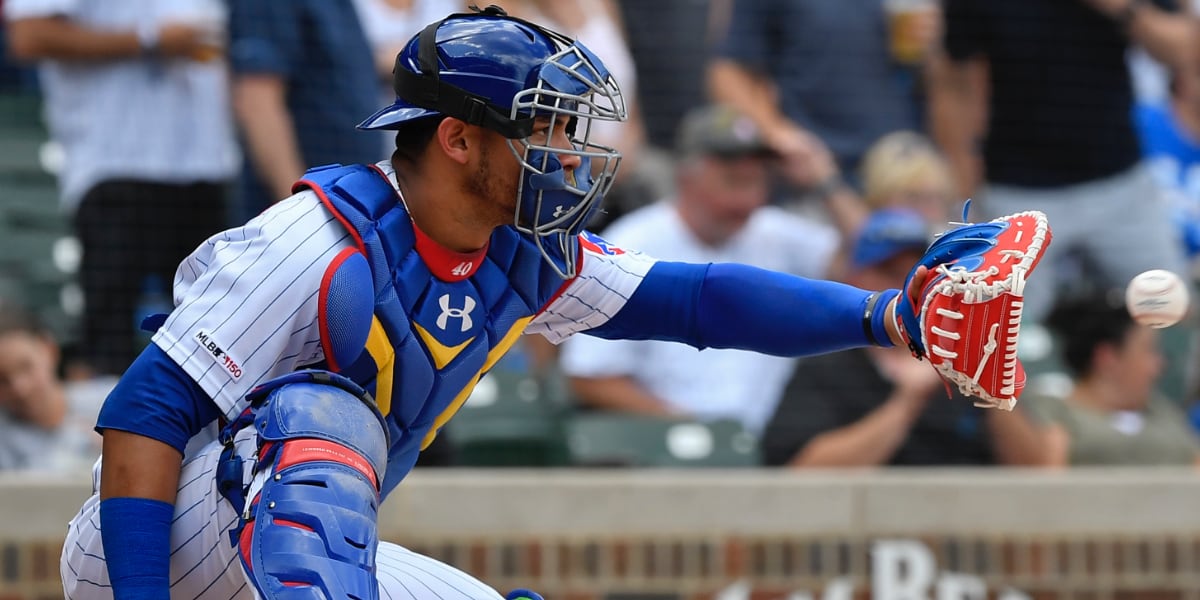 I know we’ve talked a lot about Willson Contreras’s dramatic improvement as a pitch-framer this year, but I just can’t help myself.  Contreras was just announced as a deserved Gold Glove finalist this week, and I want to give him some more love.

Plus, there’s a fun new angle to discuss, thanks to Scott Lindholm.

Using Statcast Data (since 2015), Lindholm tracked catcher performance in BOTH stealing extra strikes and not losing strikes (we too often discuss only the former, but both are huge parts of pitch-framing). And not only does Contreras stand out in a very specific way, his 2020 stands out as the *best* performing catcher at not losing strikes over the last SIX YEARS:

You’ll note that, as far as stealing strikes, Contreras was only about league average this year, which is pretty normal for him. But what you’ll also notice is that his jump in not losing strikes is freaking enormous. AND you’ll notice that the rates at which strikes are lost are MUCH larger numbers than the rates at which they are stolen. That is to say, if you’re great at stealing strikes, you might get a two percentage point bump over average. But if you make the move that Contreras did, you go from losing 16% of your strikes to losing only 8%!

This is incredible stuff, and it really tracks with the visible changes to Contreras’s style. Long gone are the stabby-stabby grabs, and instead he now has an outside-in movement – often very exaggerated, even – which apparently works really well at ensuring that umpires don’t accidentally “miss” a strike.

Overall, Contreras’s improvement made him somewhere between the 6th and 11th best framing catcher in baseball this year, depending on your metric of choice. From a guy who was routinely among the bottom two or three in the game, that’s quite a one-year jump.

With the electronic strike zone still apparently some ways out, this newfound skill of Contreras’s will remain incredibly valuable in 2021 and beyond (he’s under control for at least two more years). Although framing is a rare skill that can take a huge leap like this within a single year thanks to coaching and player effort, it tends not to be one that falls off rapidly after it is developed. As long as Contreras doesn’t suffer a major injury that throws his body out of whack, he figures to remain a top-tier framer for years to come.

*Bonus fun fact? By one of those metrics – the strike rate at Statcast – Contreras’s teammate, Victor Caratini, was the second best framing catcher in baseball this year, behind Omar Narvaez (who himself made enormous leaps at the skill with the Brewers this year).