Is Colin Rea's Versatility a Bug, Not a Feature, in His Cubs Tender Decision? Skip to content 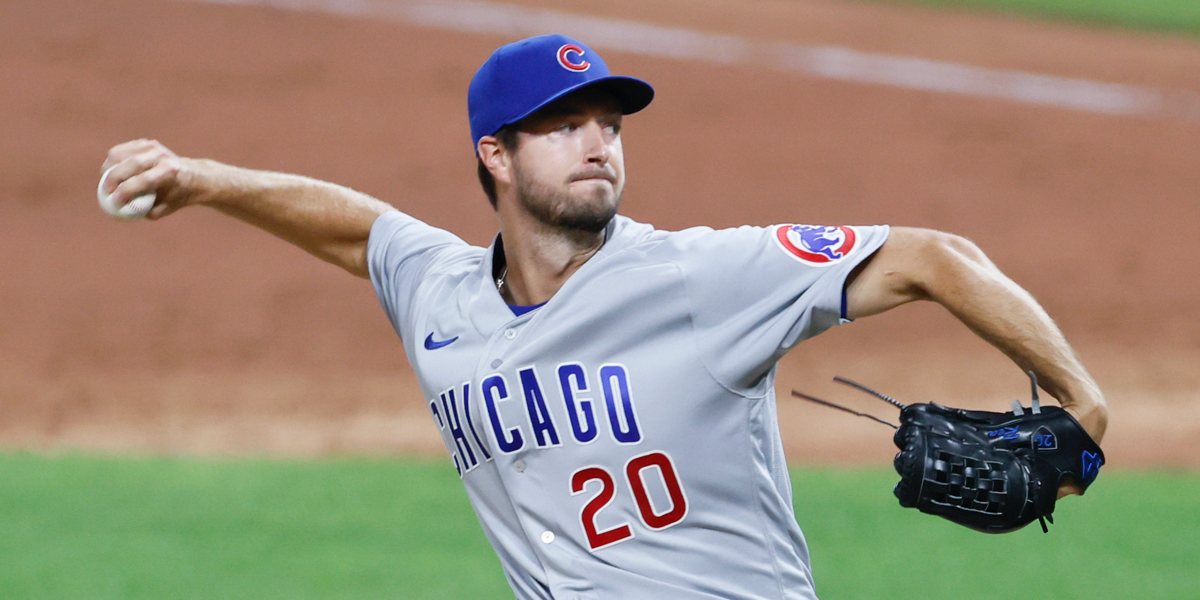 Brett set the table this weekend for the Cubs latest deadline on Wednesday, which should have significant impacts up and down the 40-man roster. While there are certainly sexier cases to discuss, I want to touch on a few players at the margins this week (it’s what I do, folks).

I’ll start with swing-man Colin Rea, who has salary projections of $1 million and $1.6 million by the various methods at MLB Trade Rumors, and will enter 2021 with another minor league option season available.

I hope you guys know me well enough to know I’m not one to make sweeping generalizations based on insanely small samples, but this is a split where the eye test matches the sample size, and I think it says everything about the case of Colin Rea.

Rea, 30, had been the Pacific Coast League Pitcher of the Year in 2019, but that success had mostly come with variety and pitchability. That doesn’t always play in the big leagues, where we finally got a look in 2020.

Rea’s first outing in 2020 captured the fawning praises of Cubs Twitter, as he finished off a Cubs victory in Kansas City with a fastball reaching 95 mph and a cutter reaching 89 mph.

Last night he doubled the cutter usage, and it was spinning (according to Statcast) at 2647 rpm. pic.twitter.com/tI5YXEh6Hj

In his second outing, on August 11, Rea entered in the eighth inning with probably the liveliest arm of his career, touching 96.4 mph in an at-bat against Francisco Lindor that ended in a strikeout. Rea was asked to finish the game that night with a second inning. When he came back out for the ninth, there had been a small reduction in stuff. The fastball, 94-96 in the eighth, dipped to 93-94. Small but meaningful difference (he got through the inning, but I’d note without a strikeout).

Four days later, the Cubs needed Rea for a spot start against the Brewers. Rea grinded through the first three innings, but his day ended in the fourth inning when he gave up singles on four-seam fastballs at 91.9 and 91.5 mph, with those baserunners scoring on a Justin Smoak double off a curveball.

It seems clear to me, both from the data and the eye test, that Rea’s best remaining chance of Major League success is in short relief. But by being a guy with a history of eating innings, it’s very hard to break that stereotype in the eyes of a manager (and, probably to a lesser extent, front office). Rea is, in a sense, a victim of his own versatility. If he’s on a big league squad, and the staff is tired, he can fill in for any role. The problem is that the more you ask, the worse the results are likely to be.

Which all comes together for a little conundrum in deciding whether to tender Rea a contract for 2021. There’s no point in tendering Rea a contract SOLELY as starter depth when you now have Tyson Miller, Cory Abbott, Keegan Thompson, Brailyn Marquez, and Justin Steele all on the 40-man roster filling that role. So, do you believe enough in Rea as a short-inning reliever off four appearances to justify an extra 500K-1M over the minimum (during a year with a tight budget)?

What I imagine has been happening behind the scenes is the Cubs have likely checked in and tried to negotiate a minor league contract agreement for 2021. The Cubs would non-tender Rea on Wednesday, and then subsequently sign the pre-negotiated deal. Rea hails not far from Des Moines, Iowa, and pitching close to home was a reason for his original agreement with the Cubs. It makes sense. However, the Cubs would be risking losing Rea in this arrangement, if another MLB organization (or one in Asia) wanted Rea on a larger contract after Wednesday.

I do hope the Cubs reunite with Rea somehow for 2021, as he clearly has improved since joining the organization, and you’d always like to see that developmental work actualized. However, if he does return, no matter the method used, I see it as imperative that it’s in the role of short relief. Convince the managers, both in Triple-A and Major League Baseball: just because he can pitch multiple innings doesn’t mean he should. And by doing so, I think you’d be building the guy a legitimate chance at a Major League career.