The Cubs Had Another Prospect Who Just Missed MLB Pipeline's Top 100: Ed Howard Skip to content 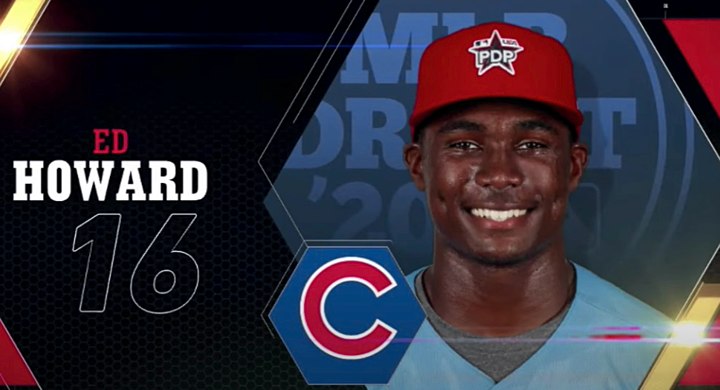 The pre-2021 MLB Pipeline Top 100 Prospects list was one of only a couple that gave catching prospect Miguel Amaya some due, and placed him on the list (89) behind Brailyn Marquez (60) and Brennen Davis (61). That was nice to see.

Also nice to see? Turns out, the Cubs had a fourth prospect who just missed the top 100, per MLB Pipeline’s group of experts: shortstop Ed Howard.

In listing 10 prospects who’d just missed the top 100, here’s what MLB Pipeline had to say about the Cubs’ top 2020 draft pick: “Howard led Chicago’s Jackie Robinson West squad to the Little League World Series finals and was viewed by scouts as the top true shortstop prospect in the 2020 Draft, when the Cubs selected him 16th overall. The 19-year-old is an easy plus defender at shortstop with smooth actions and great hands, and scouts like his chances of making an impact at the plate, pegging the teenager as someone who will hit for both average and power at the highest level.”

Without a minor league season last year to tease us with a Howard debut, it’s been easy at times to forget that he was considered by most to be the top prep shortstop in the entire draft last year, and him lasting until pick 16 was far from a sure thing. For those reasons, I honestly haven’t thought much about Howard “deserving” a spot on top 100 lists, but on reflection, it sure is fair to think of him as a just-missed guy.

Consider this, too: Howard barely had a high school season last year, either, thanks the pandemic. So when he finally takes the field this year for his pro debut, it’s going to be the first time he’s really going to be able to show his development over the last year and a half – and he just turned 19 last week. That’s a seriously formative period of time for a baseball player’s development, and it’s possible he balled out and is going to look incredible, or it’s possible he’ll still be a very raw reflection of having no experience playing high-level, aged-up competition.

We say this about so many Cubs prospects right now – Bryan said it again this morning – but the range of possible rankings for SO MANY Cubs prospects by midseason is crazy wide. Howard is right up there among the widest range. The Cubs sure do love him, though.