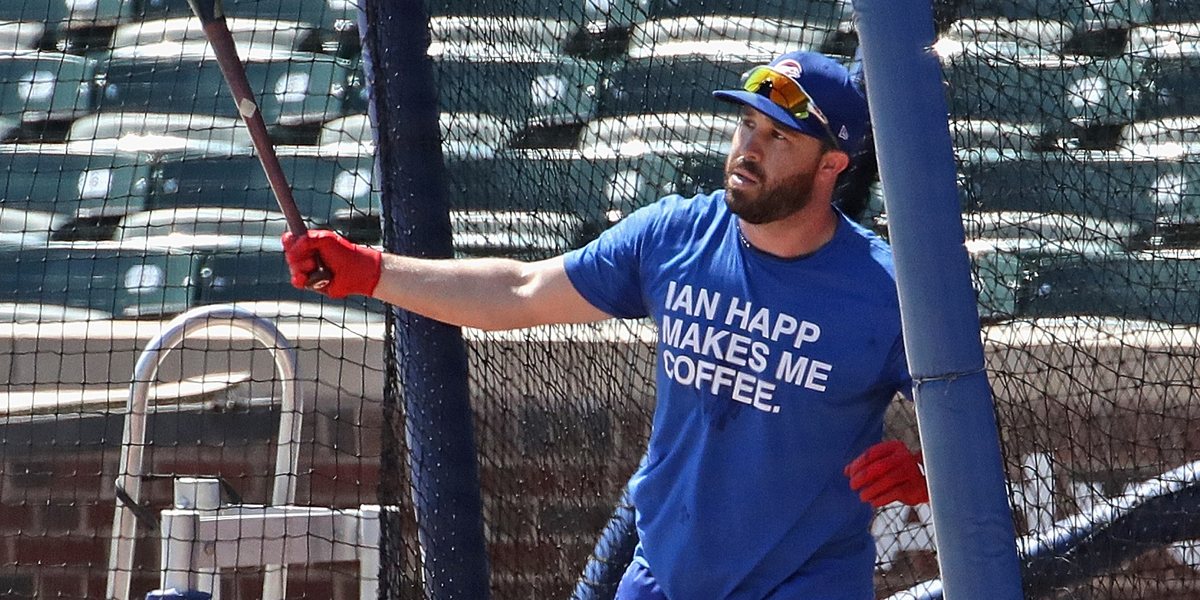 The Chicago Cubs filled their biggest remaining hole on Friday by agreeing to sign old friend Jake Arrieta, whose upside is no longer that of an ace, but who could provide much needed innings in the rotation (to say nothing of his veteran leadership and confidence). But that doesn’t necessarily mean they’re finished making additive moves before Spring Training gets under way at the end of the week.

Per Bruce Levine, the Cubs are still hoping to add a second baseman with a lefty bat, as well as a reliever:

Chicago Cubs one of numerous teams to have watched pitcher David Robertson side sessions last week.Adding veteran bullpen help a priority. Chicago hopes to add a left handed hitting infielder for platoon purposes at second base.

We’ve been talking about second base for a good long while, and all that while, the sure-fire second base options went off the board. At this point, among the lefty options, you’re looking at a reunion with Jason Kipnis, a see-what-happens on Eric Sogard, or a does-he-have-anything-left on Neil Walker. I guess there’s also a guy like Jake Lamb, who you’ve have to hope could bounce back at the plate AND you’d have to take a shot on seeing whether he can play second base.

These are minor league deal types, and while the Cubs should certainly grab one if they’re down for it, I don’t know that you can say it’s for sure an upgrade over the internal options. With all due love to those guys, I don’t want to see the Cubs platooning them with Nico Hoerner (who I probably want to see at AAA to open the season anyway). Either give the opportunity full-time for David Bote to win it or Ildemaro Vargas to break out, or decide that you’re just going to try to develop Hoerner’s bat in the big leagues.

All that said, if you want a guy like Kipnis back for his lefty bat off the bench and veteran leadership, well that’s of course fine. See what he’s got in Spring Training, and evaluate your options from there. It doesn’t *have* to be about signing a guy right now to lock into a platoon.

On the pitching side, there are still lots of good options out there (including a guy like Jeremy Jeffress), but I tend to think the Cubs are just hanging out to see if they can get one more minor league deal on a guy who might contribute. The bullpen is certainly not loaded in a traditional sense, but the Cubs have been quite good at getting the most out of reclamation arms, and they have a ton of those guys already signed up (to say nothing of carryovers from last year). I kinda like the bullpen competition as it stands now. But, hey, if Jeffress wanted to return, I certainly wouldn’t complain.

As for Robertson, specifically, the soon-to-be 36-year-old righty wasn’t just good from 2011 to 2018, he was dominant. In 2019, however, the elbow popped, and he had to have Tommy John surgery. He recently threw for teams, and although it’s unclear what he’s got left in the tank, a number of teams are probably happy to take a shot on the upside, especially if it comes in the form of a minor league deal.