With word that the Triple-A season was being bumped back a month to accommodate, among other things, more vaccinations for players and reduced travel, the Iowa Cubs officially announced their updated schedule.

The Iowa Cubs will now open, at home, on May 4. The season will still run through September 19, much later than a typical minor league season, but will now be 120 games instead of 142. Given the restrictions on fan attendance in April (some governmental, and some simply fan and weather behavior), minor league teams may not be terribly upset by the shift in the season. It may actually prove a net benefit to them financially, to say nothing of excising a month of the riskiest part of the pandemic schedule:

“With COVID-19 still an adversary of live events and mass gatherings, we were aware that a delay to the season was a possibility,” said Iowa Cubs President and General Manager, Sam Bernabe. “The reality is that the majority of our business comes after Memorial Day anyway. Vaccinations are trending in the right direction and we are confident that we will be able to have fans in the ballpark in some capacity when we open.”

Here’s the full slate … we’ll just have to wait a little longer to enjoy the Iowa Cubs again: 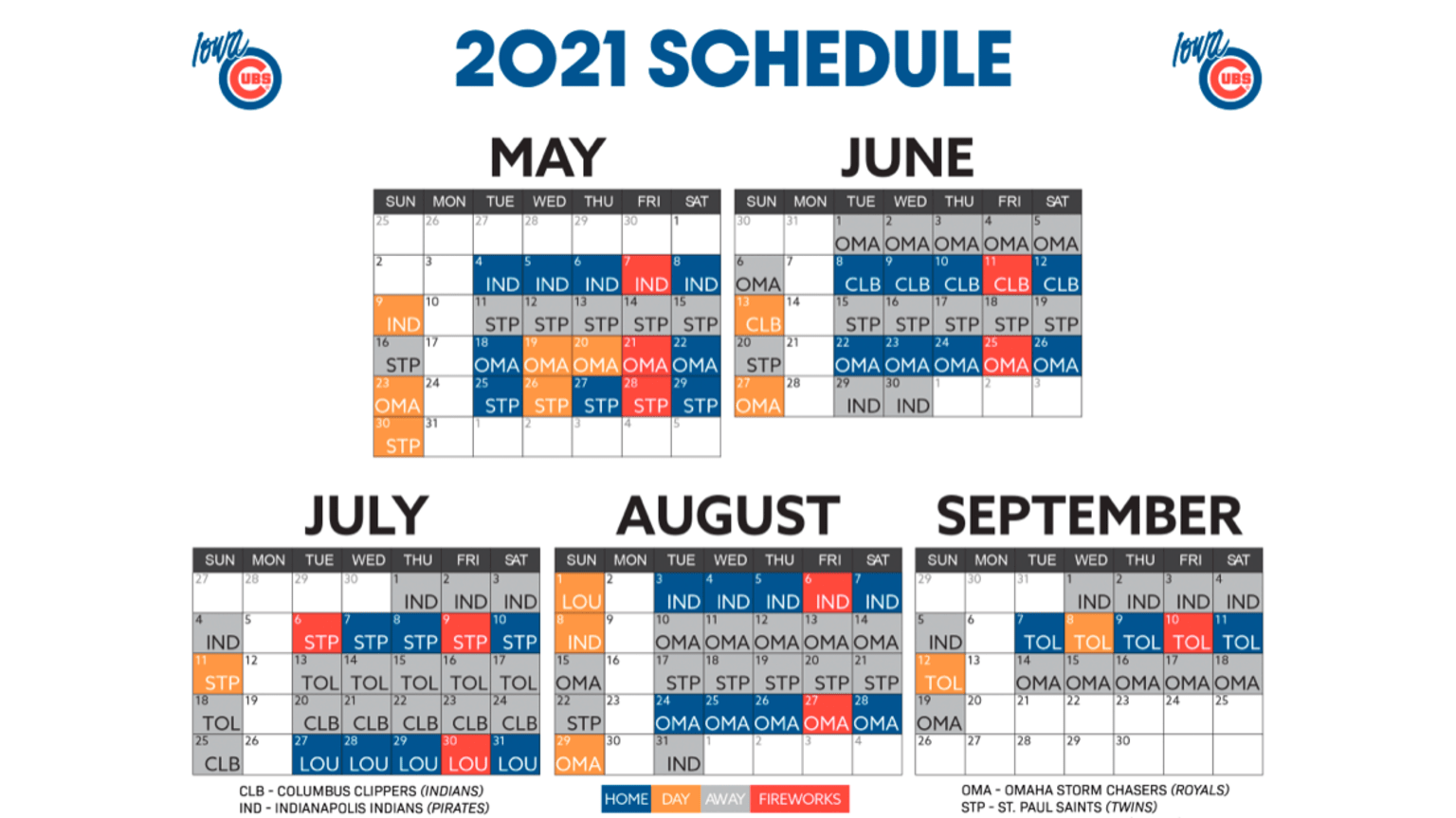