Hey, I Recognize This Guy - Kyle Hendricks Had a Very Good Game Skip to content 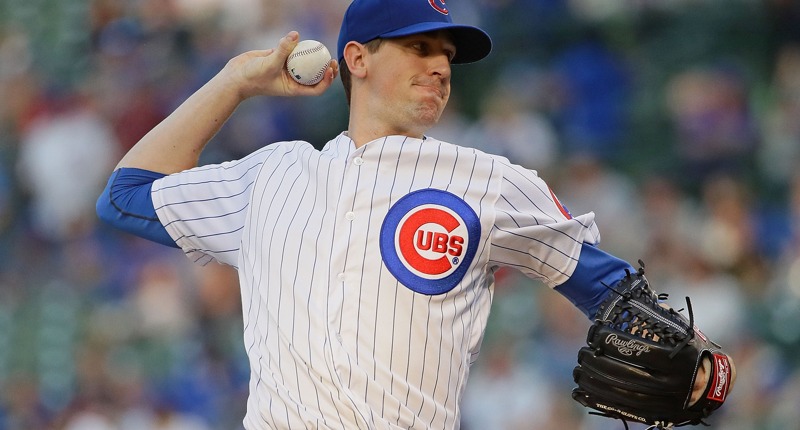 When I placed a $100 bet on Kyle Hendricks to win the NL Cy Young award before this season began, I thought I was the smartest guy in the room. Even knowing how uniquely underrated he’s always been, +6,600 for a former ERA-leader and Cy Young finalist seemed like particularly strong odds (plus he just finished with 7th best ERA in the NL last season on the third most innings pitched in MLB).

And then this season started with an audible thud.

Unlike last year’s Opening Day complete game shutout against the Brewers, this year Hendricks opened the season with a 3.0 inning, 3 walk, 3 earned run turd against the Pirates. He had a brief bounce back against Milwaukee, but things were generally not great coming into yesterday:

Even including the two solid starts against Milwaukee, Hendricks had allowed 32 hits and 8 walks (not to mention 19 earned runs) in just 22.2 IP in April. For context, he allowed just 26 earned runs and an identical 8 walks over 81.1 innings pitched all of last season.

But he finally turned things around with a dominant performance against the Dodgers yesterday afternoon, and it was beautiful to see. As just an example of how things seemed back, look at the beautiful tunneling here:

Altogether, Hendricks went the distance (7.0 innings in this one), becoming the first Cubs pitcher to record an out in the 7th inning this season, and his final line was mighty pretty: 7.0 IP, 7H, 1ER, 1BB, 6Ks. The only run he allowed came with one out in the 7th inning, when the Cubs were up 7. I’m pretty sure Hendricks was just pitching to end the game at that point, which is totally fine. And the outing took his 7.54 ERA down to 6.07 ERA.

You’ll likely notice that there were still a fair amount of hits spread out throughout the game, BUT I’ll remind you that the Los Angeles Dodgers have been the single best team against right-handed pitching in baseball this year (123 wRC+), and the I’m far more enthused by the fact that he walked just one batter, Justin Turner, in the 3rd inning.

Also good to see? The swings and misses. Hendricks racked up 12 whiffs yesterday, half of which came from his changeup (6). It was his most swings and misses this season, and just the second time he reached double digits.

As for why things were working last night, Hendricks would credit catcher Willson Contreras, as well as the lead his offense gave him, allowing him to be more aggressive in the zone (via Jordan Bastian at Cubs.com):

“I did a much better job, just intent-wise, going pitch to pitch,” said Hendricks, who credited catcher Willson Contreras for his in-game feedback. “Willy had me locked in on that.”

“The boys going out and putting up four runs early was huge to help me do that,” Hendricks said. “It gave me confidence to go attack, which I’ve been trying to do better — first-pitch strikes, attacking the strike zone.”

Naturally, Hendricks is very self-aware. Yesterday’s start resulted in a season-high 86.7%, which happens to rank very (very) highly throughout his career:

And when you’re getting ahead of batters – because you’re aggressive, because you have a lead, or both – good things tend to happen. It was a good game all around for Kyle Hendricks, and hopefully, something off of which he can build.