Another day, another rubber match. This one has a little extra significance, however, as it’ll decide the first series of the year between the Cubs and Cardinals (and mean the difference between a 2.0 or 4.0 game first place lead). That’s a big swing. Here’s David Ross’ lineup for the finale.

We’ll get into some of the specifics later on, but Adam Wainwright has basically had four really excellent starts this season and four really bad ones. His most recent outing (@SDP) was the worst, with 6 earned runs on 8 hits over 4 innings, with more walks (3) than strikeouts (2). His second to last outing, however (v. COL), was his best: 8.1 IP, 3H, 0ER, 3BB, 5Ks. I don’t know which version of Wainwright will get tonight, but I’m done underestimating him. I’ve said “He’s too old to be good” too many times.

For his career, Wainwright has carried traditional splits, but they’re actually flipped this season, and rather significantly:

The Cubs have just three lefties in the lineup tonight, including the apparent everyday (vs. righties) leadoff hitter Joc Pederson, who’s slashing .375/.422/.500 (152 wRC+) since coming off the IL. I guess I’ve noticed that he’s been up there for a while, but I thought it was initially a way to get him more at-bats/fix himself sooner than later. But now? I think he’s just officially the guy. And it’s working for him. 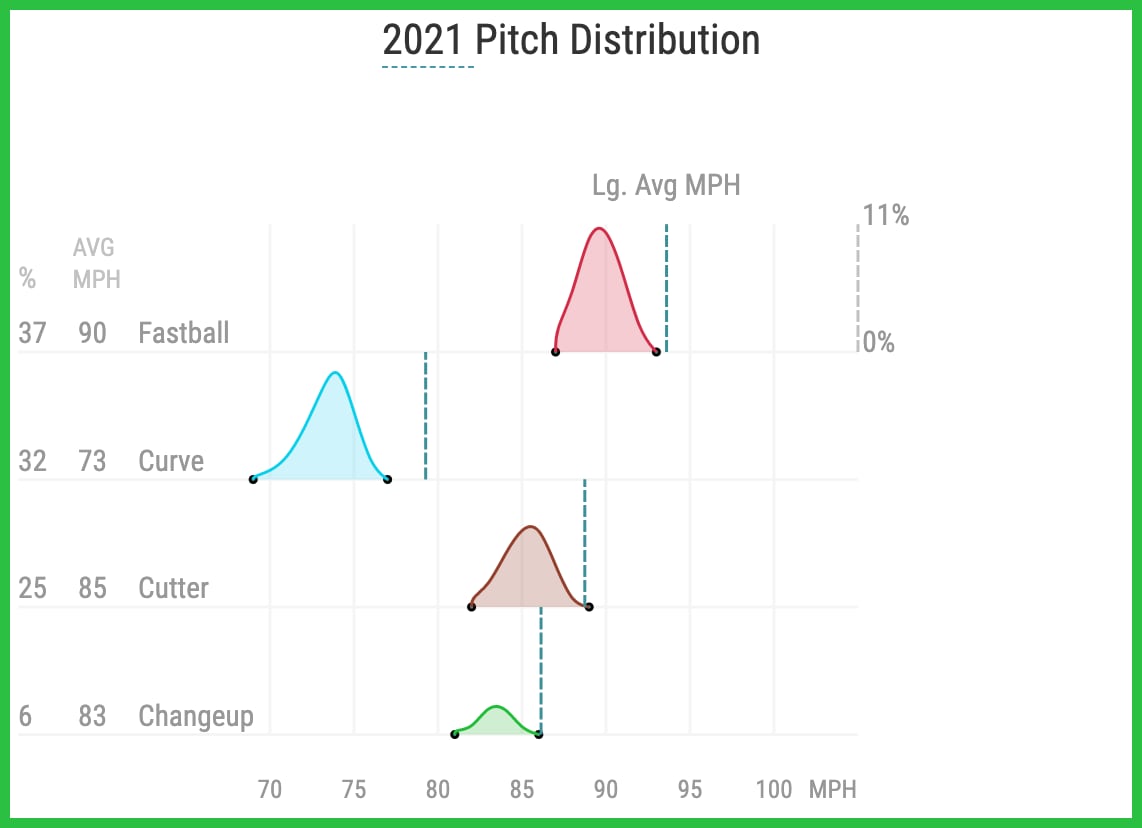