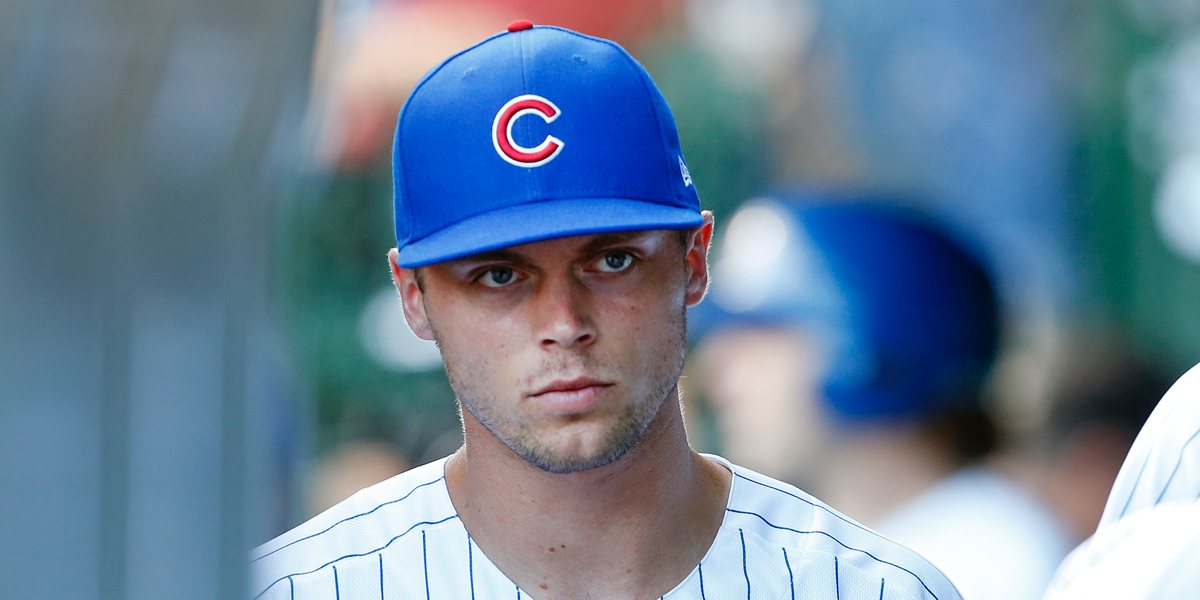 Nico Hoerner, who hit the deck hard running through first base last night, is heading to the injured list with a hamstring strain and outfielder Rafael Ortega is coming up to replace him. However, to make room on the 40-man roster, the Cubs have designated Shelby Miller for assignment.

Shelby Miller activated from 10-day IL and designated for assignment.

The Cubs now have seven days to trade, waive, or release Miller. But considering how he’s reportedly looked (and felt) during his rehab stint at Triple-A Iowa, I wouldn’t expect him to make it through waivers. That could mean, then, that the Cubs are actively trying to pursue a trade right now. So we’ll have to follow that closely as it plays out.

As for big league shake up, I suspect Ortega can come up and play in the outfield in the near term, pushing Kris Bryant back to third base, and David Bote over to second. That’s what happens when two outfielders (Jake Marisnick, Jason Heyward) and two infielders (Matt Duffy, Nico Hoerner) are injured at the same time.

And, indeed, this is likely why the Cubs added Dee Strange-Gordon earlier this morning. This really is an interconnected mess:

Ortega, 30, is also hitting very well at Iowa, and is also a guy who you might have otherwise wanted to see get some big league time (he’s on the older side, but he’s always hit at Triple-A, and his career trajectory – plus the pandemic – kinda explain why he hasn’t seen more than 143 big league games so far in his career.

With Ortega, you have another guy who isn’t on the 40-man and who is without minor league options left, so all the above on that front still apply. The one possible difference from Alcantara, though, is that you might be more comfortable losing Ortega on waivers if it came to that, and/or you might have a chance to outright him to Iowa if he clears waivers. As I said above, those are not really realistic outcomes with Alcantara. So perhaps the Cubs are just betting that if they went with Alcantara now, they’re more likely to lose him later. So they go with Ortega now, and take their chances on losing him later (while continuing to develop Alcantara, who is six years younger than Ortega and has almost no experience above Double-A).

If the Cubs want to give Ortega starts, they could just slide Kris Bryant back to third base (he’s familiar with the position, I think), and then have David Bote start regularly at second base for now.

UPDATE 2: Another wrinkle, which really helps explain the possible change-of-mind from Alcantara to Ortega, since the Cubs might want to bring up Strange-Gordon soon anyway.

Check out these two posts for more:

If you missed it earlier, Rafael Ortega is expected to come up today, but there are a lot of 40-man issues/considerations going on for the Cubs. https://t.co/9ygw3gAkcb