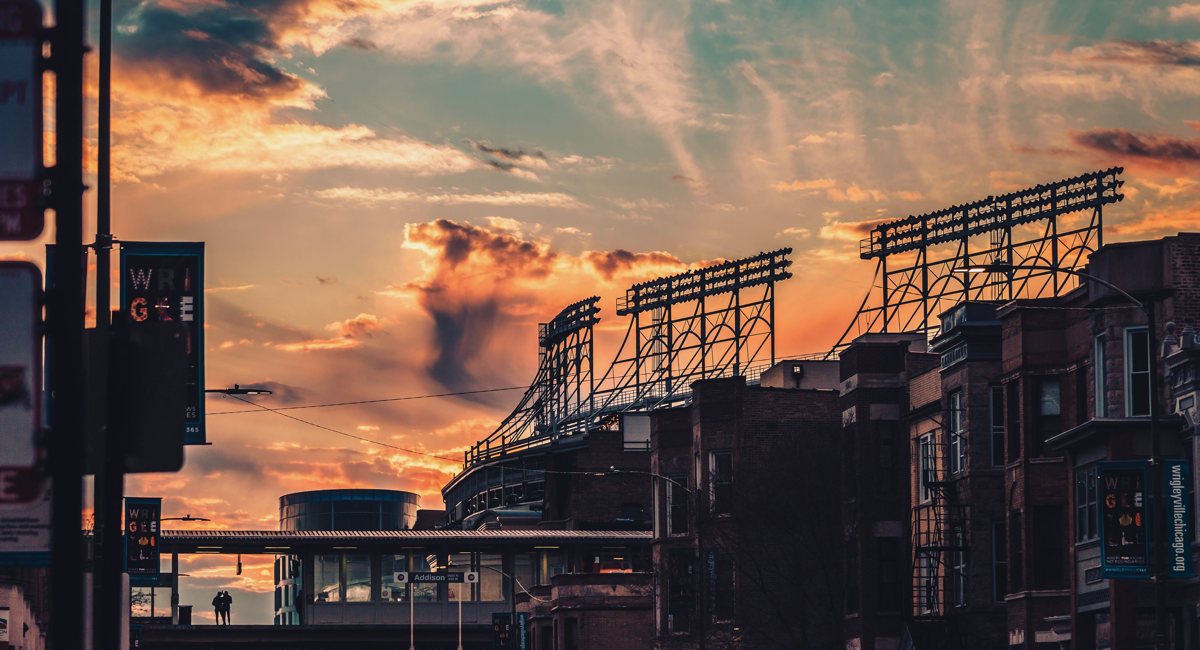 The kiddos have their virtual Santa visit scheduled for tonight – it’s like a Zoom from the North Pole – which I’m very happy they get to do, because it’s sweet and silly and fun, but I’d be lying if I didn’t admit it’s a painful reminder of how things are still effed up even after two years of this crap. I just hate how things have been for my kids for so long now.

•   As expected, the public fronting from certain aldermen about not permitting sportsbooks at stadiums and arenas around the city led to lobbying behind the scenes, and then an approval from a key committee. The full vote at City Council is today, which would allow all the major teams to construct/operate sportsbooks at their various facilities. The Chicago Cubs already have a deal in place with DraftKings to open one of the largest sportsbooks in the country at Wrigley Field, so this approval is the final step before construction will begin.

•   Cubs Owner and Chairman Tom Ricketts testified at the committee, per ABC-7:

Before the final vote, Cubs Chairman Tom Ricketts said his team is “ready to go today” on its $100 million partnership with DraftKings that will pave the way for Wrigley Field to house the first stadium sportsbook in Major League Baseball.

“With your approval of this ordinance, construction would begin immediately with the aim of opening a restaurant with a sportsbook in time for the 2023 season. This will create construction jobs and revenues now and permanent jobs in just over a year,” Ricketts said.

Ricketts said the ordinance would “provide additional resources to the city’s professional sports teams that will help them compete.”

“This is not a casino or even a mini-casino. It’s a sports bar-restaurant. … It only allows for fans who wish to place a wager to have a window to do so. I expect many fans will come to the sportsbook and never place a bet,” he said.

•   Personally, I have no issue with sportsbooks and look forward to this one opening. I think it will be fun. But your mileage may vary, and I respect that. One thing I think we can all get on board with, though, is that if the book is going to generate significant extra revenue for the organization – as Ricketts says – then it will be fair game to hold the organizational accountable for using those revenues to contribute directly to baseball operations.

•   Endeavor has added the Triple-A Dodgers to their stable of minor league clubs (they are the group that bought the Iowa Cubs), as they are clearly going for as many premium opportunities as they can:

Endeavor now has the top MiLB affiliates for the Yankees, Dodgers, Cubs, Cardinals, and Braves, along with five other lower-level clubs. Endeavor president Mark Shapiro on the OKC deal: "Needless to say, they will have a huge and immediate impact on our growth plan."

•   Not every athlete lives permanently in the city where they played, and life changes can make for a moving decision that is based on a lot of things. Still, you get at least a whiff of finality:

•   I’m still welcoming Anthony Rizzo back on the Cubs if the circumstances lead to a reunion, but I just don’t think those circumstances – probably takes a bargain deal that he cannot find anywhere else – are going to come to pass.

•   A look at Cedric Mullins’ breakout with the Orioles this year after dropping the switch-hitter thing and exclusively hitting from the left side. Mullins had been so bad against lefties when batting as a righty that it kinda made sense to just say eff it, and see how much it could hurt just sticking with his natural side – it turns out, he wound up being excellent against lefties when batting lefty. A switch made during his age 26 season. Pretty incredible. I mention this, because a lot of us have thought for years about Ian Happ making the same change, given his huge splits and how awkward his right-handed swing looks at times. The big difference, though, is that Happ has periodically been close to a league-average hitter from the right side, albeit in very limited doses. Mullins, by contrast, hit like a terrible-hitting pitcher from the right side. Still, you will always wonder when a switch-hitter would be better off accepting the platoon “disadvantage” in exchange for getting to use his more natural swing.

•   Scott Rolen really fell off in his plate coverage this past year, and the defense took a step back, too:

Ballot #20 is from Mark Saxon. He removes Rolen from his ballot this year which drops Rolen back to net +1.

•   The Bulls are obviously in the middle of their outbreak (thankfully games have been postponed), now the Bears have a little outbreak starting (four positives over the past couple days), and the NHL is having all kinds of issues, too. None of this is good, and you try not to read too much into limited data points, but simultaneous pops like this just make you wonder if this thing is hockey-sticking everywhere again. Apropos of my intro: I just hate all of this so much.

•   The trade market opens up in the NBA today:

As the Trade Market Opens Up, Where do the Chicago Bulls Fit in?https://t.co/iJynph7x1C