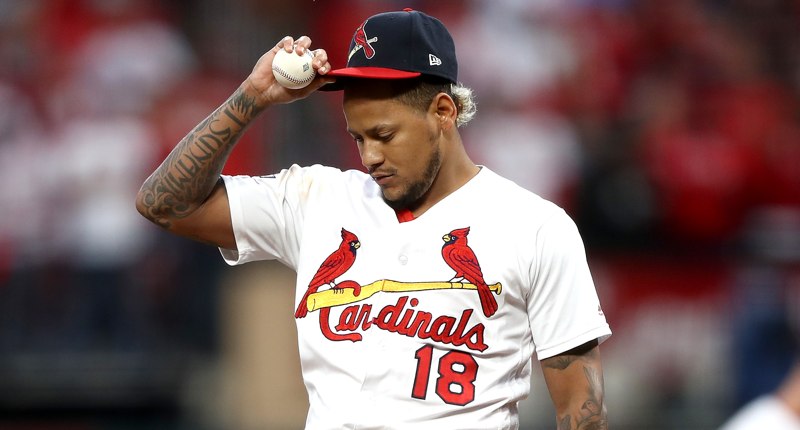 Over the weekend, Bruce Levine hit the airwaves to report that a reunion between the Cubs and Anthony Rizzo remained “possible” this offseason, and that understandably got a lot of attention. But that’s not the only rumor-y bit he shared in his chat with David Haugh, talking about the remainder of the offseason. He also said “I think the number one priority for the Cubs is continue to add to the arsenal of pitching in the organization. And keep on pushing that way for starters and bullpen guys.”

Generally speaking, we’ve come to understand that the Cubs are mostly done adding to the starting rotation in any sure-fire capacity this winter. Would they still take a shot on a high-risk, low-cost flyer? A reclamation project who could maybe swing between the rotation and bullpen, as needed? Well, sure. They should. There’s no reason not to in a season like this. But I wouldn’t expect a Clayton Kershaw or Carlos Rodon type, as Levine briefly mentioned. (That, to me, was just Levine making a point about what sort of pitcher the Cubs need if they really want to compete this season, not him sharing a rumor about what they might actually do.)

HOWEVER, Levine also mentioned Carlos Martinez out of nowhere, and that felt like something closer to the actual type of pitcher the Cubs could pursue when the lockout ends, whether it’s specifically him or not.

In case you forgot, Martinez, 30, had his 2021 season ended early because of thumb surgery, and then the Cardinals bought out his $17 million club option over the winter, making him a free agent. If the Cubs believe he’s healthy and/or have identified something they believe can be fixed or tweaked, he certainly fits the mold of the type of pitcher we believe they’d like to pursue: low-cost, strong pedigree, some upside, potential to swing around various roles for the pitching staff. The risk of getting no (or negative) value is very real – Martinez has been injured on and off for 3+ years and the performance has often been rough, but that’s why he’d be available in this range to begin with.

Again, the point is less about him and more about the type of pitcher he represents (it’s just that he happens to be exactly that type). The Cubs also figure to be looking for at least one quality pure relief option, too.

Non-Correa Options for the Cubs

Like us, Levine also believes that the Cubs need to improve their infield defense, and that Carlos Correa is the most obvious way to accomplish that goal. But if they aren’t able to land the big fish, Levine thinks Jose Iglesias and Andrelton Simmons could be the glove-first shortstops the Cubs pursue.

For what it’s worth, Iglesias, 32, came up twice in a recent Cubs chat between Sahadev Sharma and Patrick Mooney of The Athletic, and here’s what Brett had to say at the time:

As for Jose Iglesias, I will guess that most of you are familiar with his defensive work over the years from being on highlight reel after highlight reel. He pairs that defense with a bat that generally works in the 80 to 90 wRC+ range (with a strong contact rate), so although it’s not necessarily a huge plus, it also won’t hurt you too much. We got a little spoiled having a plus bat at shortstop in Javy Báez for so long – a whole lot of quality shortstops out there are just good with the glove, and below average with the bat. You kinda just have to take that tradeoff sometimes.

But about the glove. Here’s the weird thing on Iglesias, who just turned 32: two of his metrics (DRS and UZR/150) were terrrrrrible last year, and the other (OAA) was pretty close to average. That’s not at all normal for him, a guy who was super elite from 2012 through 2019. It’s hard to know for sure whether that’s a real sign of aging and regression – he was also down a bit in the pandemic season in 2020 – or whether it’s a one-year fluke tied to being on a new team. Non-catchers don’t tend to fall off that dramatically in a single year on defense, but obviously it does happen for some guys in their 30s.

And for what it’s worth, Simmons also had uncharacteristically low (albeit still net-positive) defensive ratings in 2020 and 2021, with horrendous offensive statistics last season: .223/.283/.274 (56 wRC+). The Cubs can do better. Like, say, Jonathan Villar, the other shortstop target mentioned by the duo at The Athletic.

Meanwhile, nobody seems to believe that Trevor Story is a realistic target for the Cubs out of the lockout, in large part because of the arm injuries that have reduced the effectiveness of his throws from short.

When it comes to the market for Carlos Correa, three things seem to be true: (1) His market is relatively small, given what it’ll take to actually sign him, (2) The Cubs are legitimately involved at some level (reportedly a seven-year or less deal), but (3) Actually landing him in Chicago feels unlikely.

But that pesky second point means we have to keep the conversation rolling, especially when the Cubs just keep popping up, like the latest from multiple writers at CBS Sports.

R.J. Anderson: “There are only so many major spenders with needs at shortstop remaining: the Yankees, Cubs, Astros … maybe a surprise team or two pops up, but you have to think that those are probably the main clubs pursuing these players. As such, I’m going to guess Correa ends up with either the Yankees or the Cubs….”

Matt Snyder: “The Cubs, Yankees and Astros make the most sense at this point for Correa by a mile, it seems to me. The Cubs can’t be trusted to spend on their own product just yet — though maybe the short-term, high-AAV Stroman deal provides hope? — and there was little out their connecting the Yankees to Correa before the owner lockout. And the Correa relationship with the Astros’ front office seemed like it soured? I guess I’ll go Yankees on Correa, but I’m far from confident.”

I don’t quite see Correa returning to Houston, so is this could wind up being something of a battle between the Yankees and Cubs. And that, in turn, might be decided by …

The industry is already very dubious about the Yankees handing out another massive contract to a position player this offseason, with Giancarlo Stanton and Gerrit Cole already make over $300M, plus Aaron Judge coming due for his own massive deal a year from now.

But even if you reject that premise, certainly you don’t believe they’d add TWO big free agent deals (ahead of Judge) … right? And their interest in Freddie Freeman has been far more certain than their interest in adding Correa.

The Yankees are expected to take a run at Freddie Freeman, who they love. Though 1B isn’t their real need, they’d love to fit one of the game’s best lefty hitters into their lineup. With the Braves not quickly wrapping up their star, all are options are on the table for Freeman.

So, for the bajillionth time, if the Braves don’t wind up re-signing Freeman, you should look for the Yankees to jump, which could increase the odds of Correa ending up in Chicago. If that’s what you want to see, that’s your rooting interest.

•   Free agent starting pitcher Matthew Boyd, 31, is another one of those potential long-term, high-risk, low-cost, solid-upside plays the Cubs could target this offseason. He was non-tendered by the Tigers after undergoing flexor tendon surgery last September, and is aiming to return something this June (just ahead of Opening Day amiright? (that was a little lockout joke (I apologize))). Steve Adams has a nice writeup of what you could expect out of Boyd at MLB Trade Rumors.

•   Bruce Levine reports that the Cubs have actually discussed the possibility of re-signing Anthony Rizzo internally. It’s an update to his report that opened the floodgates this weekend, and there’s a little bit more of a specific timing discussion to get into, as Brett did this morning: