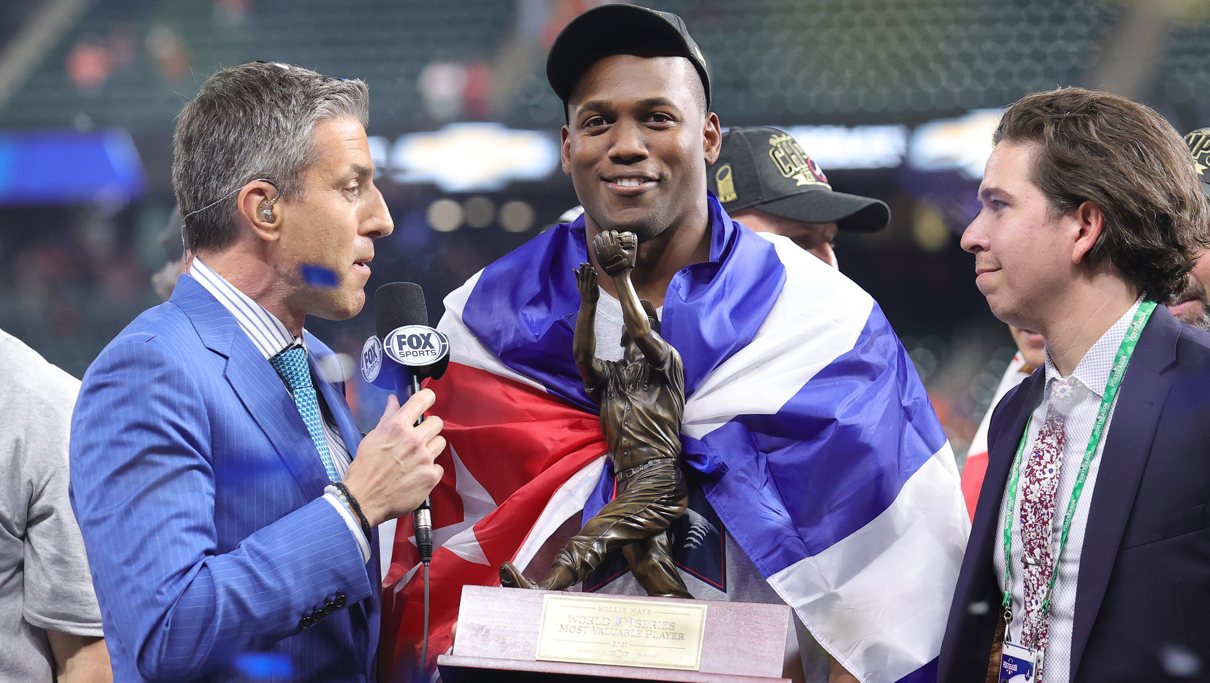 The market is winding itself down, with very few impact players left, and one of the last upside bats is now off the market. Old friend Jorge Soler heads to the Miami Marlins.

This pet peeve is really starting to get to me: In all practical effect, this a ONE-year deal with TWO player options that would max the deal out at $36 million, and any other description of the deal is not helping you understand what it really is. If you call it a three-year, $36 million deal initially, that makes it sound MUCH LESS impressive of a get for the player. It’s only three years and $36 million if things go crappily for the player. That’s the FLOOR he just got himself. The upside is much greater. Because if he’s great, he doesn’t pick up his options, and it was just a one-year deal that led him right back into free agency – maybe a better year for him.

Anyway. Back to the signing. Soler couldn’t parlay his hot second half and postseason run into a huge deal, and that’s more or less understandable. As a bat-only guy who was barely above average overall the last two years combined, it was always gonna be hard for Soler to land a big score. Getting a one-year deal – with the security of $36 million, minimum, if things go sideways in 2022 – was probably his best route.

Given that Nick Castellanos got 5/$100 million from the Phillies, it’s pretty clear the Marlins went the much less expensive route (after Derek Jeter departed for reasons tied to all of this). They get a good bat with upside, but their division rivals – pretty much all of them, except maybe the Nationals – have made bigger moves this offseason. It’s an uphill climb for them right now in the NL East.

Other implications here? Well, if the Padres were still looking at Soler – unclear after the Luke Voit acquisition – they didn’t get him, which means another big-ish money free agent didn’t go to them (which would’ve forced them to trade either Eric Hosmer or Wil Myers or both, and pay the prospect cost of unloading those contracts). At this point, I’m really not sure if that’s going to happen. There aren’t really any big targets left that they would realistically be looking at, and with five or six million to go under the luxury tax, it’s possible the Padres just ride this thing out to the trade deadline and re-assess.

[on my death bed, straining to speak, as my son pulls in close to hear my final words]

"It was … a one-year deal with two player options."