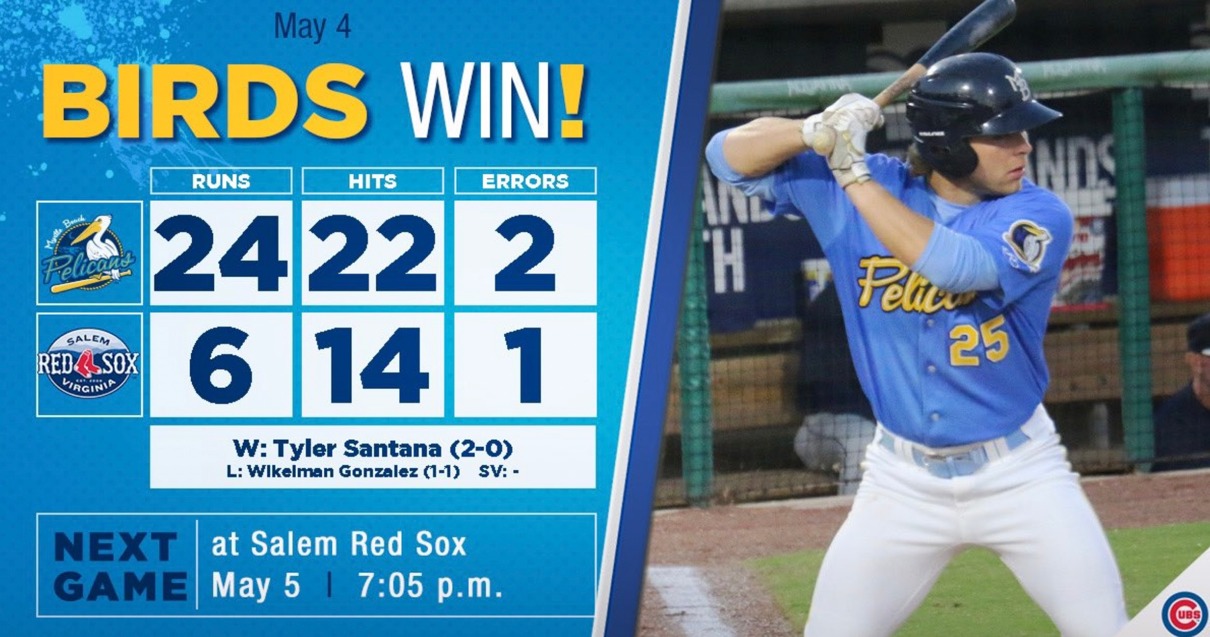 Before I get into the business of going over last night’s big Cubs loss (‘big’ as in the level of the team, not the gravity of that particular loss … ), I’d rather start my day by enjoying the EXPLOSION of offense down at Low-A Myrtle Beach, where the Pelicans saw that 21-run Cubs output earlier this year and said, hey, we’re the future, we can do better.

Last night, the Pelicans put up a 24-SPOT in their win (yes, obviously it was a win), and it was just a parade of hits for the prospects down there:

The Birds can’t be any hotter.

Pete Crow-Armstrong joins the party with his fourth home run of the season.

Pelicans up 20-3 in the bottom of the fifth. Most runs in a game since 2014, and there’s still four more innings left. pic.twitter.com/b1ztvWLNux

His second homer of the night is a three-run blast to make it 14-2 Birds in the top of the fourth. pic.twitter.com/eNURUYo2U7

With seven RBIs tonight, Peter Matt has tied a franchise record shared by Joey Gallo, Zach Zaneski, and Tyler Flowers for the most in a single game.

He’s the first to hit that mark since Gallo in 2014. #MBPelicans pic.twitter.com/9pBlZady1u

⇒ The only player who didn’t get a hit was Kevin Alcántara, who walked twice. James Triantos probably had the “worst” day of everyone, and he at least doubled.