Mitch Trubisky On Getting Yelled At By Matt Nagy: "I Love It" Skip to content 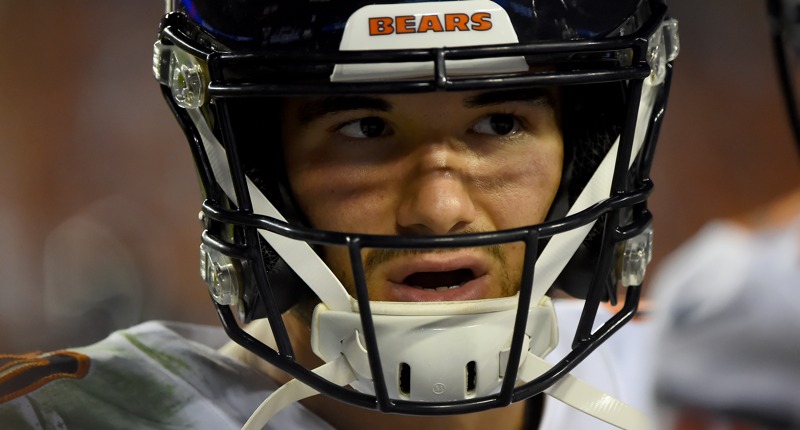 In case you missed it, Bears Head Coach Matt Nagy had a few choice words for quarterback Trubisky during the second quarter of the team’s win at Washington. Cameras from ESPN’s Monday Night Football crew picked up the heated exchange, in which the Bears head coach appeared to mouth “shut the (bleep) up” and “I got you.” It was a rare glimpse at a coach who tends to keep his emotions close to the vest.

Nagy explained what happened in the viral moment, chalking it up to his heated side show up in the guts of the game and insisting that it was nothing personal toward his quarterback.

But how did Trubisky respond to it?

"I love it. I love it. I got fired up. That's what you want from your head coach. You want passion." – Mitch Trubisky on that moment on the sideline with HC Matt Nagy. #Bears

During his Wednesday press conference, Trubisky openly embraced the sideline confrontation. Heck, Trubisky went as far as to say “I love it” because he wants the passion from his head coach. All things considered, this is certainly an interesting development in the coach-quarterback marriage.

Let’s face it, some people take aggressive dictation better than others. Trubisky appears to be one of those people, which could be viewed as an encouraging development.

Every quarterback faces tough times. And while there is an obvious focus on how they deal with them, oftentimes the real challenge is how quarterbacks bounce back when they get knocked down. In this case, Trubisky took some verbal jabs from Nagy, then rallied the offense’s forces to rattle off 21 second quarter points — starting with a touchdown at the end of the drive that featured the coach elevating his voice to get a point across.

There are times in life when you need a kick in the pants to get going, and that appears to have been the right time to push those buttons. Good on the coach for showing real emotion. And good on the quarterback for not turning himself inward in a tough moment. But if that is what it will take to get Trubisky and the offense going, maybe Nagy should push a little more (and a bit more often).