Roquan Smith Went to Halas Hall, But Everyone Is Still Being Weirdly Cryptic
Search
Skip to content 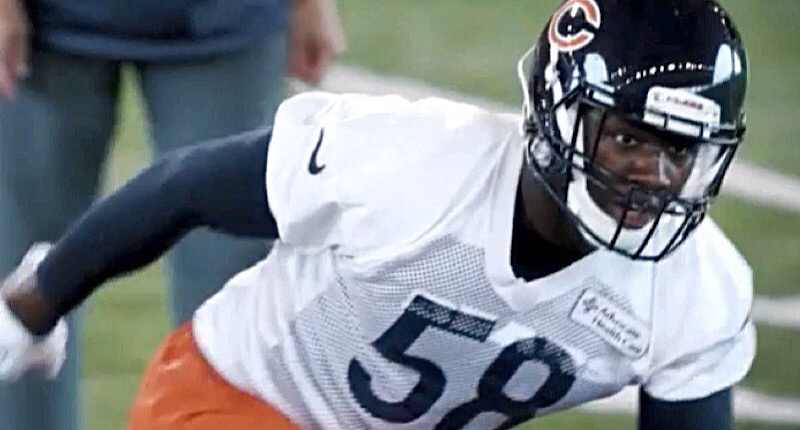 Bears linebacker Roquan Smith was seen briefly Tuesday at Halas Hall, but his appearance was short and he did not speak on his absence from Sunday’s game.

Reporters on the scene shared a snapshot of the scene via social media:

Trevathan: "[I'm] probably not as concerned as you guys [media]. I'm just here to work and have my guy back."

Mack: It's in-house … we know he's going to get better and we look forward to him getting back out there with us."

(He popped into the locker room to grab a piece of paper from his locker and quickly walked back out before anyone could talk to him)
3. Still unclear if he will playSunday. Everyone gave non-answers to that question
4. Per his BFF Josh Woods, Smith was “locked in” on sideline

6. When I asked if the team was preparing to play without Roquan, Kyle Fuller pulled out his phone and started emailing. I waited a bit but soon it was clear he was not going to answer any Roquan questions.

The Bears listed Smith as doubtful to play approximately 20 minutes before the list of inactive players was due prior to their Week 4 game against the Vikings. Smith was ultimately a surprisingly late addition to the inactive list, and no clarity has come to the situation since the game’s end.

Head Coach Matt Nagy did not jump to bring clarity to the situation after Sunday’s win, then continued to refuse to comment on it when he was asked about the personal reasons during his Monday press conference. And now, his teammates are declining to share anything regarding Smith’s situation. Only fellow inside linebacker Josh Woods (who referenced Smith being “locked in” while watching the game from the sidelines) said anything that expanded beyond elaborate no-comments from others.

At least the Bears are consistent with their messaging regarding what appears to be a sensitive issue regarding the second-year linebacker.

Some clarity could come as early as Wednesday when the team has to issue its first injury report of the week.