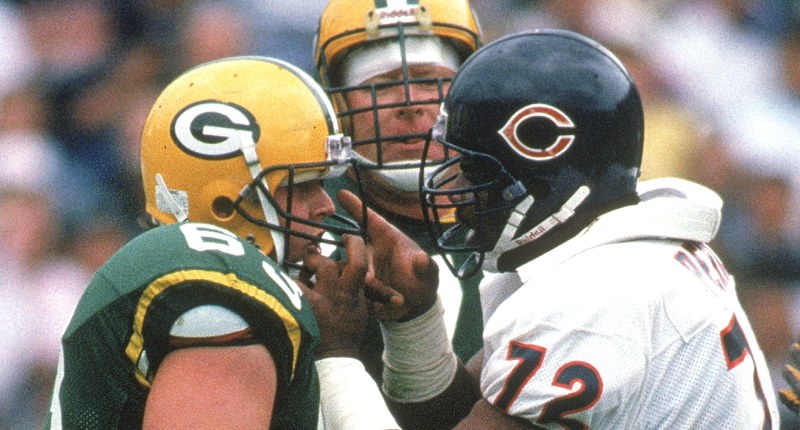 A punky QB, fridge, defensive mastermind, and a man made of iron walk into a room, but there is no punchline. Instead, there is nothing but greatness.

The NFL Network continued its rollout of the league’s greatest characters, and after being well represented in the first installment, you figured the list would feature more Bears down the line. And of course, we were not disappointed.

The call-back to William “The Refrigerator” Perry’s awesomeness was nothing short of spectacular:

The Fridge had a music video, his own cheerleaders, and a nose for the end zone when given the ball. What a legend.

What is there left to say about Dick Butkus, who checked in as the No. 13 greatest character in the league’s history:

It’s good to see Buddy Ryan get his due, here:

No. 10: Hall of Fame TE and coach Mike Ditka

And I doubt it is a coincidence that Ryan and Mike Ditka are linked arm-in-arm on this list. Neither would’ve reached the heights they did without each other. That was just fitting.

Jay Cutler wasn’t destined to be the only Bears quarterback on this list:

You can see why McMahon is often viewed as the gold standard of Bears quarterbacks. Between undeniable skill and swagger, McMahon was the man.

So is this list missing any of your favorite Bears? I’m sure there are a few guys on the active roster who could grow into all-time great personalities and characters, but I really don’t want to wait another 100 years to see an updated list.