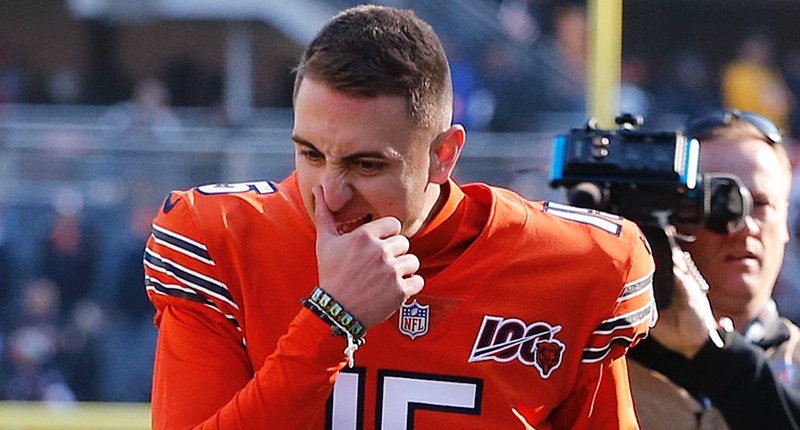 The best thing a coach can do is put his players in the best position to succeed.

But it appears as though Bears Head Coach Matt Nagy didn’t do that when he set up Eddy Piñeiro for a game-winning 41-yard field goal in Week 8 against the Chargers.

Dan Wiederer of the Chicago Tribune shares that Piñeiro was asked about his hash preferences when it came to kicks, and his answer was honest (and damning):

Asked Eddy Pineiro directly if he wanted to be on the left hash for the final game-deciding kick Sunday. He said that was not his preferred spot.

(Pineiro immediately felt very bad for saying that out loud. But man …)

Let’s set aside that Piñeiro absolutely should have made the kick from 41 yards out, regardless of where the ball was placed. Whether it was on either hash or somewhere in the middle, a quality professional field goal kicker drills that one.

But now that we’ve put that aside, we can scream from the top of tall buildings about how the coach decided to kneel, and did so while not considering his kicker’s preference. That is a bone-headed decision from a coach who should be more attentive to detail than what he has shown. Think about it. The Bears couldn’t even get the easy part right. They could have run it toward Piñeiro’s preferred spot on the field, then taken the knee if that was the coach’s wish. Suddenly, Nagy’s stubborn defense of having “zero thought” of continuing to move the ball forward makes more sense. Because, clearly, “zero thought” was put into this end of game situation. And frankly, that is unacceptable of a defending NFL Coach of the Year whose team was in a must-win game.

But hey, at least we know what Piñeiro’s preferred hash is … it’s a shame it took the Bears losing a game they needed to win to figure it out.