So This Is the Offense, Eh? And Other Bears Bullets | Bleacher Nation Skip to content 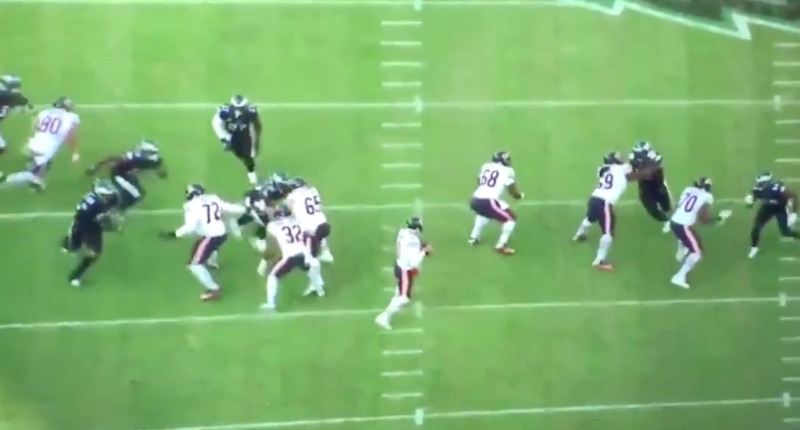 I benched Kyler Murray in favor of Gardner Minshew and got caught napping with Dede Westbrook not playing in London (despite making the trip) while Mohamed Sanu scored 24 points. And yet, my fantasy team has a 49% chance of winning this week – all I need is Giants tight end Evan Engram to outscore Cowboys receiver Amari Cooper. No pressure, guy. Get it done for Don Homer’s squad.

Prior to Week 9 wrapping up on MNF, here's where the #Bears offense stands:

I know Trubisky hasn’t played well but man…good luck to anyone playing in this setup. pic.twitter.com/I6nATpJ88q

.@chiefs #MattMoore played another error free football game and got the ball to @cheetah for many big plays including the final play on 3-4+39. #ChiefsKingdom #BaldysBreakdowns pic.twitter.com/cH1qaxXKL3

That's just the 3rd sack of the year for Leonard Floyd. First since Week 1. #Bears

Someone give this guy a job again, please.

"For us not to take advantage of the moment that we have right now we'd be doing ourselves … and this city a disservice. We're going to take care of business." https://t.co/vBjfoOJ3XQ