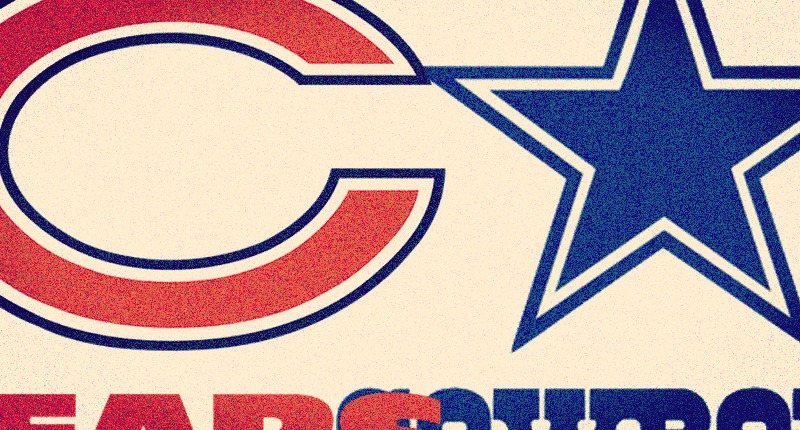 The Bears are #InTheHunt, and will get an opportunity to show what they’re all about in front of a nationally televised audience on FOX’s Thursday Night Football.

And in a cruel twist of fate, the Cowboys are in a similar situation. But because they are in a worse division, the Cowboys control their own fate while the Bears need to win and get some help elsewhere. In essence, we have one last “Loser Leaves Town” match between two peas in a pod … because of course!

Perhaps this one will end favorably for the Bears.

The Westgate SuperBook in Las Vegas lists the Bears as a 3-point hoe underdogs against the Cowboys with an over/under set at 43. A closely fought battle between two teams that might struggle to score on a cool evening along the lakefront? Color me shocked!

The Cowboys lead the all-time series 13-11 over the Bears, but the only game that is vidid in my mind between the two teams is this one:

Bears Offense: Mitch Trubisky starred on Thanksgiving day, but needs to do it again in order to build up some confidence among Bears fans. We already know the front office and coaching staff has Trubisky’s back. And based on that recent episode of Mic’d Up, we know the players give it their all to play for Trubisky. But there is just one element missing to this whole thing. A strong performance against the Cowboys could get everyone talking about Trubisky with a different tune.

Bears Defense: Eddie Jackson figures to have more on his plate than usual. The Cowboys receiving corps is deep and talented with Amari Cooper as an established stud, Michael Gallup as a young player on the rise, and Randall Cobb lurking in the slot. And with Prince Amukamara doubtful to play, the back end of the defense will need to step its game up even more. That means Jackson, who just picked off his first pass of the year, might need to snag another one to keep the Bears in it.

Cowboys Offense: Dak Prescott is playing well enough to receiver a massive contract from the Cowboys. And even though Jerry Jones hasn’t shown Prescott the money just yet, we know Jones hasn’t been shy when it comes to paying his favorites. A prime-time performance against the Bears defense under the lights would help further build Prescott’s case.

Cowboys Defense: DeMarcus Lawrence is a game-wrecker on one of football’s best defensive lines. The Bears’ offensive linemen will have their hands full containing Lawrence, Robert Quinn, and others. So while the old adage of “don’t let their best guy beat you” is in play, Dallas’ line has several of those impact players throughout the front seven that can apply to — with Lawrence being at the top of the list.