Grumbling Into the Offseason and Other Bears Bullets Skip to content 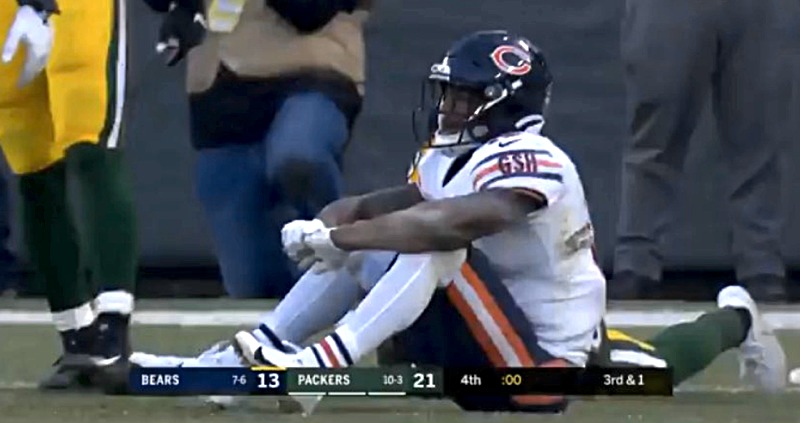 I am taking some time the next two days to travel to Florida to be with some family, so I might not be as around as I usually am … but I’ll be around. Thanks in advance for your understanding.

This is a whole ass mood pic.twitter.com/a3uWjaECRz

Somewhere in this land, the sun is shining bright.
The band is playing your song, and somewhere hearts are light;
And somewhere men are plotting, and planning next year’s redemption.
There is no joy in Chicago—the mighty Bears have been eliminated from playoff contention.

Matt Nagy said Akiem Hicks reaggravated his elbow injury multiple times during the game: "For him to fight back like that, to be back out there with his team, he's a warrior. We appreciate that."

The Jaguars had lost 23 straight games when trailing by double digits in the 4th quarter (1st win since Week 6 of 2016 at Bears).

Here's what I'm talking about for Trubisky today. 9/21 on throws 0-10 yards past the line of scrimmage. That's completely unacceptable, and many of those were him straight up missing guys. pic.twitter.com/klqmKW6StF

Next Sunday's Bears-Chiefs Game Will NOT Be Flexed Out of Sunday Night Football https://t.co/060fFxdGWq

#Chiefs open as a 4-point favorite over #Bears for next Sunday's prime time meeting at Soldier Field at Westgate SuperBook, according to my guy @JoeFortenbaugh.