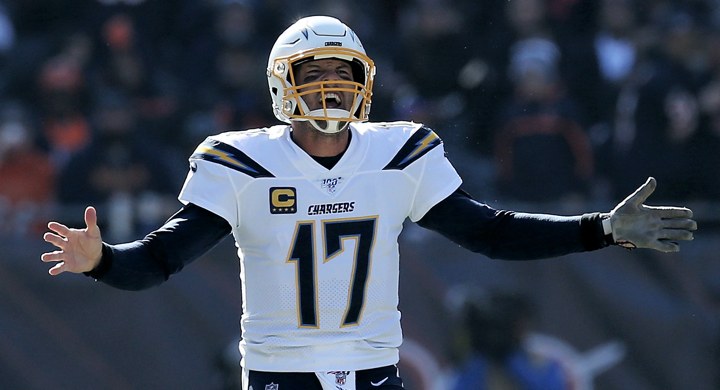 A free agent quarterback market that figures to be deep now has a high-profile name at the top of the list.

“In anything you do, it’s the people you do it with that make it special. There are so many relationships and memories with coaches, support staff and teammates that will last forever, and for that I am so thankful."

The Los Angeles Chargers have announced that Rivers is entering free agency. In a statement released by the team, Rivers thanked the Spanos family (who owns the team), wished his teammates and coaches the best as he walked out the door, and expressed how much he looked forward to his next challenge. Where that will take place is anyone’s guess, but it won’t be in Los Angeles.

Rivers is one of the most decorated quarterbacks in league history. In addition to eight Pro Bowl appearances while with the San Diego/Los Angeles franchise, Rivers ranks among the top-10 quarterbacks in completions (4,908), passing yards (59,271), touchdowns (397), completion percentage (64.6%)and passer rating (95.1). Rivers’ “down” year in 2019 at age 38 consisted of 4,615 passing yards, 23 touchdowns, 20 interceptions, and an 88.5 passer rating. But Rivers is just one year removed from a 4,308-yard, 32-touchdown, 12-interception season in which he posted a 105.5 rating and went to the Pro Bowl.

It is unknown if the Chicago Bears would be in on a Rivers sweepstakes, as it is possible that he could easily price himself out of Chicago’s range. Estimations from OverTheCap.com (via PFF) project Rivers to land a 2-year deal worth $29M AAV that includes $34M guaranteed. Given the current state of the Bears’ cap, that’s a bit pricey for the Bears right now. But even if that happens to be the case, the quarterback market is going to be flooded with alternative options. There will be no shortage of free agents, draft picks, and trade possibilities to sort through now and throughout the offseason. This is good news for the Bears, who have two spots on the quarterback chart to fill behind Mitch Trubisky — who, by the way, is on the final year of his rookie contract.

And while Prince Amukamara still has full faith in Trubisky, competition behind QB1 looms.