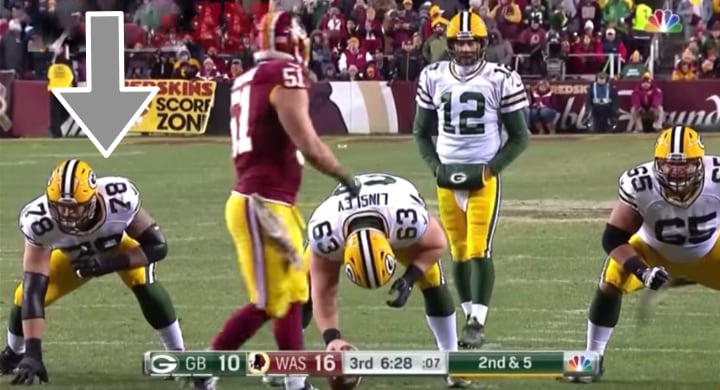 The Bears just released Trey Burton, in case you missed that.

With their latest addition from a bitter rival, the Chicago Bears continue to build depth along their offensive line.

The Bears are signing offensive tackle Jason Spriggs to a one-year contract. Cool.

Spriggs was a second-round pick (48th overall) by the Green Bay Packers in 2016. Or to put it another way, the Packers selected Spriggs eight picks before the Bears would go on to choose Cody Whitehair. Tough break. Spriggs, now 25, would go on to play in 36 games (9 starts) over three years, with his 2019 campaign ending with a stint on injured reserve after being waived/injured in August.

For what it’s worth, Spriggs had some prospect buzz when he entered the 2016 NFL Draft. He was a four-year starter at Indiana, who earned a fair number of accolades. He was also an honorable mention All-Big Ten as a freshman, sophomore, and junior, starting at left tackle for all but one game during that stretch. And as a senior, Spriggs earned All-American honors from the Football Writers Association of America.

Once the signing becomes official, Spriggs will join Germain Ifedi as Bears free agent signings once deemed top prospects in the 2016 draft. In fact, Spriggs and Ifedi ranked fourth and fifth, respectively, in Jon Ledyard’s offensive tackle rankings at Draft Wire. Evidently, the Bears are looking for a post-hype sleeper diamond in the rough from that draft class to emerge from the offensive line. Hey, it’s worth a shot!