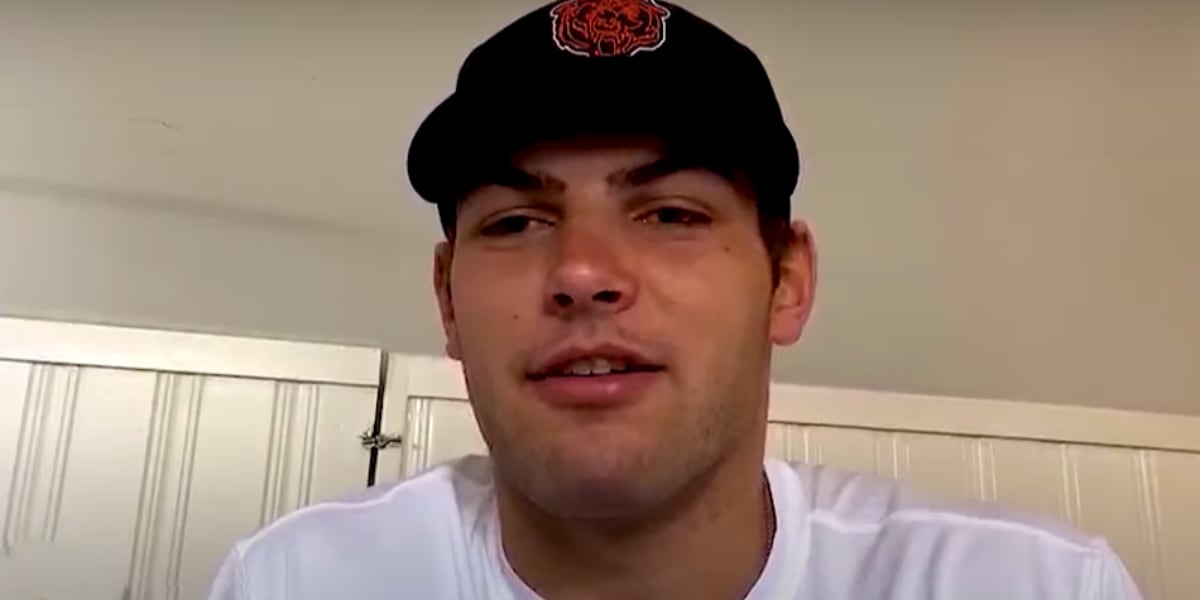 As a high school sports editor earlier in my writing career, I learned that being a multi-sport athlete through one’s preps, high school, and college years can do wonders for a player’s development. Witnessing student-athletes show discipline, impressive work ethic, and a noteworthy ability to find balance between their different activities and scholastic responsibilities was an eye-opening experience.

So, here’s hoping all of those good traits rubbed off on Cole Kmet, the Chicago Bears rookie tight end who drew some interest as a baseball player before settling into a football body and starring at Notre Dame as the Fighting Irish’s top pass-catching option.

In the latest installment of the Bears’ “Meet The Rookies” video series, Kmet talked about his brief dalliance with professional baseball before taking his talents from St. Viator High School to the University of Notre Dame.

“I was talking to the White Sox for a little bit after my senior year of high school before the MLB Draft that summer. So I got to work out there at Guaranteed Rate, which was pretty cool. And even though I’m a Cubs fan, that was a lot of fun for me. To be able to experience that was pretty cool.”

You can check out Gipson’s episode of “Meet The Rookies”in the video embedded below:

In these parts, we know Kmet as a standout football player. One who was the highest-ranked tight end in the 2020 NFL Draft class by many of the best scouting services. But I can’t help but wonder how close he was to pursuing a baseball career. After all, Kmet did earn the Illinois Prep Baseball Player of the Year Award in 2017. Kmet struck out 105 batters in 62.1 innings and posted a 2.02 ERA and 8-3 record as a left-handed pitcher. At the plate, he hit .443 with a .918 (!!!) slugging percentage as he knocked 12 home runs and 18 doubles, while chipping in 46 RBI.

I’m certain both sides of town could use a player with that type of prospect pedigree when MLB opens next week.

Instead, Kmet will lace up football cleats this summer when training camps open their doors later this month. And when it happens, Kmet will be living the dream.

As he noted in his “Meet the Rookies” segment, Kmet will follow in the footsteps of his father, Frank Kmet, and uncle, Jeff Zgonina, who played in the NFL. Kmet’s siblings – one about to attend Iowa as a freshman, another is a sophomore at Notre Dame, while a third is preparing for his eighth-grade year in the Chicagoland area — will all get to see their big brother play professional football for his hometown team. And once the lights go on and the games get underway, Kmet will have the opportunity to get his games called by a voice he listened to while growing up a Bears fan.