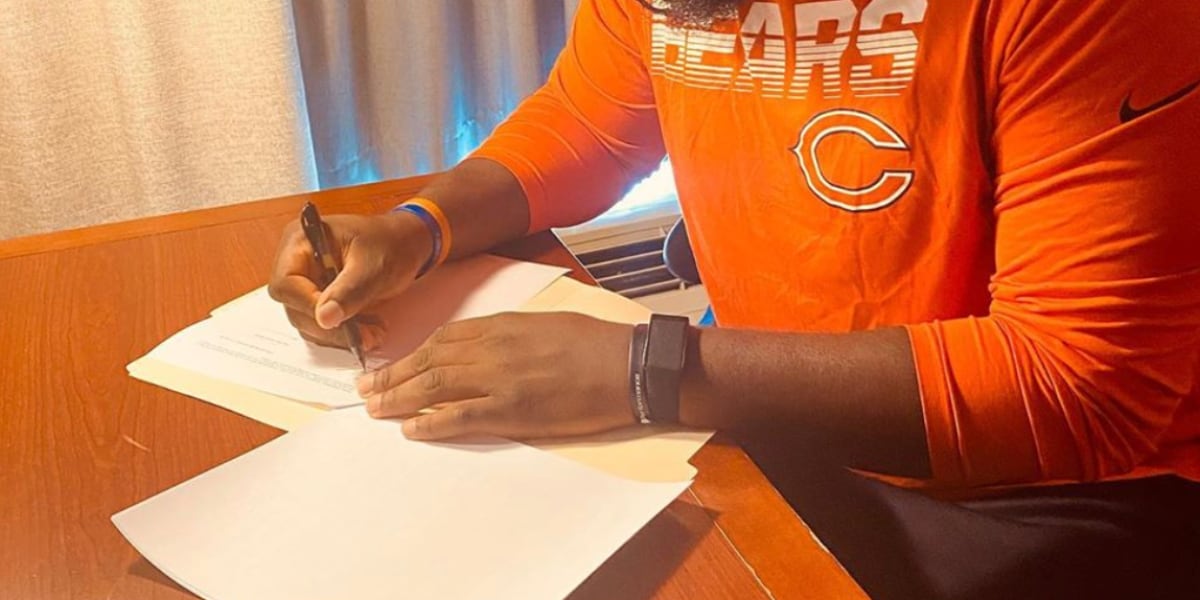 I woke up this morning feeling a little bit itchy that no one from the Bears 2020 draft class had yet signed their rookie deals. But with training camps opening up (to rookies) around the league today, I was curious to see if we’d get some movement.

And so far, that seems to be what’s happening:

Second-round cornerback Jaylon Johnson and seventh-round offensive lineman Lachavious Simmons each posted images of their contract signings on Instagram and away we go!

Johnson was the seventh cornerback off the board in the 2020 NFL Draft, and you better believe he is taking that to heart as he enters camp. Simmons – who goes by the nickname “Pig” – was the last of the seven players the Bears selected in their 2020 draft class. He made starts at left tackle, left guard, and right tackle during his college career and was the first player drafted in 2020 who attended a HBCU (Historically Black College and University). That’s unique!

The team hasn’t made either signing officially official just yet, but players posting their own confirmation is pretty neat.

Two down, five to go!