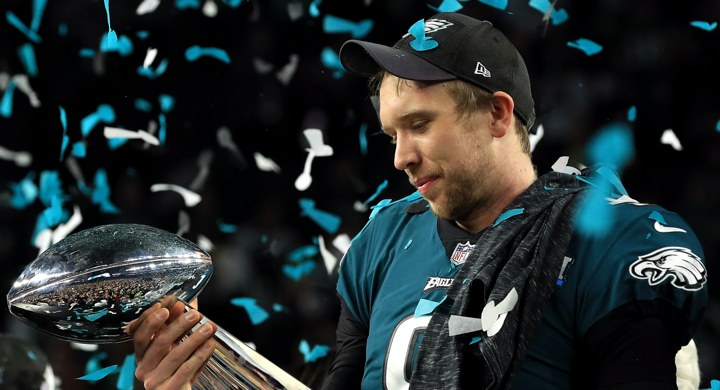 Earlier this year, I found myself being adventurous when cooking. But lately, I haven’t been trying as hard to do new things. Not that there is anything wrong with going with what you know, it’s just that I like to push the envelope from time to time. With that being said, I’m looking forward to trying my hand at grilled mashed potatoes later today.

•   ICYMI: The Bears signed all of their 2020 draft picks to their rookie deals. Doing so in one fell swoop saved me from having a week of anxiety based on not having potential impact rookies such as Cole Kmet and Jaylon Johnson in the fold. Kmet’s road to being the “Y” tight end opposite of Jimmy Graham’s “U” can begin in earnest. Likewise for Johnson, who is angling to start at cornerback opposite of Kyle Fuller.

•   You can check out the entire “Meet the Rookies” series below:

•   Now that the Bears have signed their seven picks, they’ll soon have to make some tough decisions because rosters will reportedly be trimmed to 80 for the start of training camp. And, sure, I can already hear you from my home suggesting which players to cut. If only it was that easy. The Bears wanted to use training camp competitions as a launch point for success this season, so shortening rosters will challenge that a bit. Even still … I’ll admit it’s easy to envision where the Bears can trim from the group of nine tight ends and 12 wide receivers in camp.

•   The NFL season is scheduled to kick off in 50 days, with the “Son of a Mitch Bowl” between Patrick Mahomes and Deshaun Watson taking center stage. Of course, “scheduled” is the key word here. Predicting what things will look like two months from now has never been more difficult than it has in 2020.

•   Nick Foles is tied with Patrick Mahomes in being the second-highest-graded postseason quarterback of the 2010s, per Pro Football Focus’ grading metrics. The only guy who earned a higher grade from PFF? That guy who plays for That Team in Wisconsin.

•   Or to put it differently: Get Nick Foles to the playoffs and let the magic happen.

Most total pressures by an edge defender since 2015:

•   Walter Payton is the best quarterback in franchise history. Change my mind:

That one time Walter Payton threw two touchdown passes in the same game.

•   Also … the Bears should totally bring back the white-on-white road uniforms. Such a clean look.

•   Chicago has this type of impact on people:

•   Sunglasses, air fryers, pens, and more are your Deals of the Day at Amazon. Also, the Echo Plus is on a huge sale, too. #ad

•   The NFL will allow players to wear social justice helmet decals this season. I sincerely hope this is a move that helps grow awareness for causes players care about.

•   It’s never too early to peek at what’s happening on the college football scene:

•   Jim Boylen is like the house guest who can’t take the hint that he has overstayed his welcome:

K.C. Johnson “Would Not Be That Surprised” If Jim Boylen Stays with the Bullshttps://t.co/rFU6mQpf9c

•   Eli and I had a lightsaber battle to figure out who would include this in our Bullets:

More on the Wilf family that owns the Minnesota Vikings emerging as a serious candidate to buy the Minnesota Timberwolves:https://t.co/0IN87dh4no

We encourage Bears fans everywhere to continue wearing masks to best protect the health and safety of everyone. Together, we can fight this pandemic. #TeamUpMaskUp pic.twitter.com/KyGisx7tGx