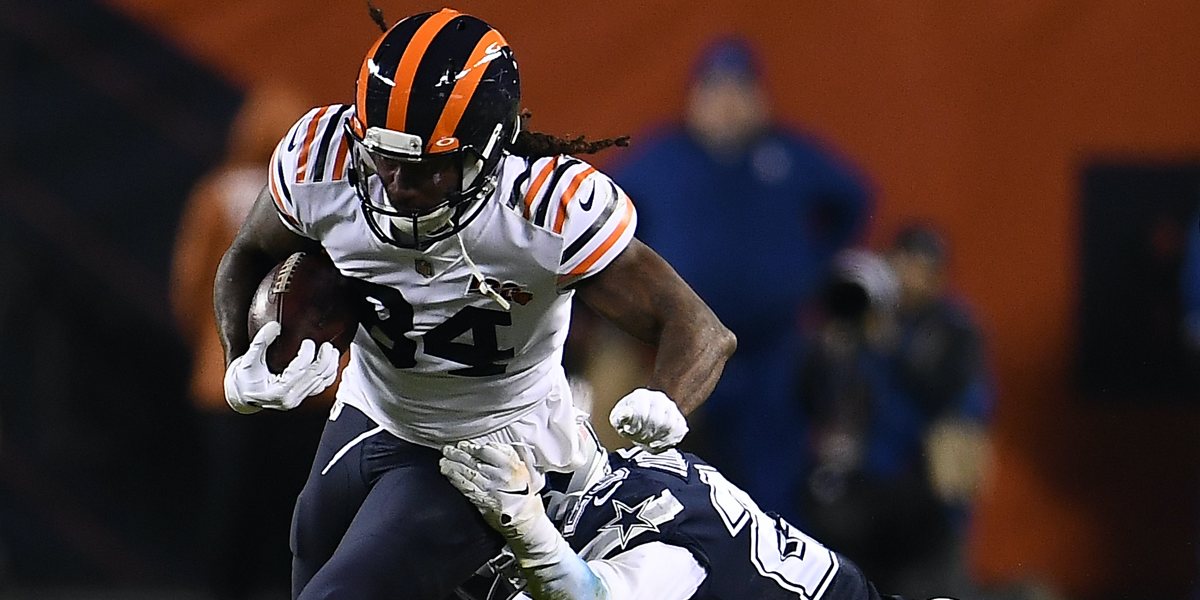 When the Bears signed Cordarrelle Patterson, I thought it would open up new things in Matt Nagy’s playbook.

Patterson was an all-purpose threat who had the potential to be “unstoppable” as the “Trojan” in Nagy’s offense. Instead, Patterson’s offensive snaps were limited. And while Patterson excelled as a special teams contributor (Pro Bowl gunner, first-team All-Pro returner), watching him with the ball makes me want to see more.

From Inside Training Camp Live on the day our new @vineyardvines @nflnetwork camp polos arrived: In addition to Eddie Jackson at WR, Cordarrelle Patterson in RB meetings has it sounding like Matt Nagy's #Bears offense could be extremely versatile this year. pic.twitter.com/yaDp1AVqqT

NFL Network insider Mike Garafolo reports that Patterson has been in the running backs room in offensive meetings. That’s notable because Patterson isn’t with the wide receivers.

This is quite a development.

For starters, the Bears’ stable of running backs is lacking. David Montgomery and Tarik Cohen sit atop the depth chart, but the reserves behind them aren’t inspiring. That is to take nothing away from Ryan Nall and Artavis Pierce. However, Nall has minimal professional experience and Pierce is an undrafted free agent rookie. If Montgomery and Cohen are unavailable, I worry about handing Chicago’s running game to inexperienced youngsters.

And that’s where Patterson comes into play.

Nagy said he was like a kid in a candy store when thinking about what Patterson could do in the offense. I also had big dreams after watching Patterson with the Patriots. Apparently, so did Patterson. Garafolo mentions Patterson saw unique play designs drawn for him up by Nagy when he signed his free agent contract. Unfortunately, the Bears never got around to using those plays. Opportunities never presented themselves. And frankly, it’s tough to run the fun stuff in an offense that struggles to get the basics down.

Between the various formations, motions, gadget plays, goal-line gimmicks, and festive names attached to all of it, something should’ve clicked. And with a new-look offensive staff, it’s possible those chances are on the horizon.