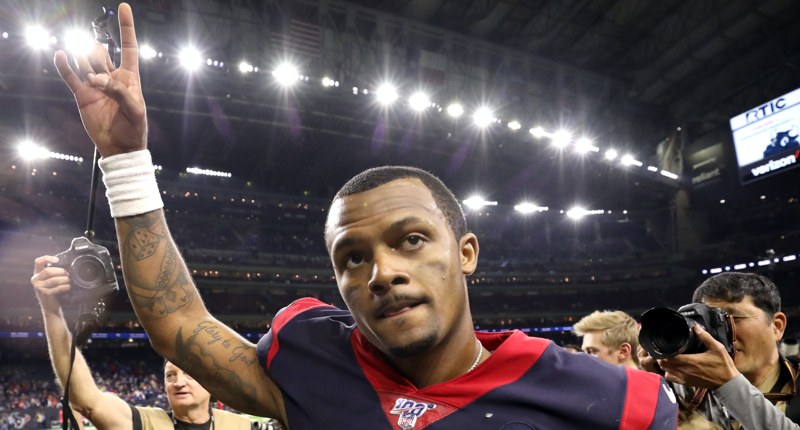 Deshaun Watson is about to cash out in a big way.

Deshaun Watson’s contract is worth a total of $177.54 million with nearly $111M in guarantees. Other than Patrick Mahomes 12-year deal, this is the largest total contract, as well as guarantee in [email protected]

Asked about the deal, agent @DavidMulugheta confirmed it.

Texans’ QB Deshaun Watson will make $39 million per year in base salary, on average, over the next four years, making him the highest-paid player in the NFL during that time frame.

Watson is getting a four-year extension that pays him big bucks. When tacked onto the fifth-year option from his rookie deal that was picked up earlier in the offseason, Watson’s $39 million average salary will make him the league’s highest-paid player over that stretch. More importantly, the new deal keeps him in Houston through his age 30 season. Or to put it in a different perspective, Watson can sign another highly lucrative extension during the prime of his career once this deal expires. Well played.

Watson, who turns 25 in nine days, has made the Pro Bowl in each of his last two seasons. Last year might have been Watson’s best to this point. He threw for 3,852 yards, 26 touchdowns, and 12 interceptions during the regular season, then led the Texans to an epic comeback on Wild-Card Weekend against the Bills. Houston was faced with a 16-point deficit, but Watson rallied the team to victory as he threw for 247 yards, scored two touchdowns, and posted a 121.2 passer rating. Impressive stuff all around.

The NFL’s regular season begins in five days with Watson and Patrick Mahomes (the other 2017 first-round QB who got an offseason mega-deal) squaring off on Thursday Night Football.