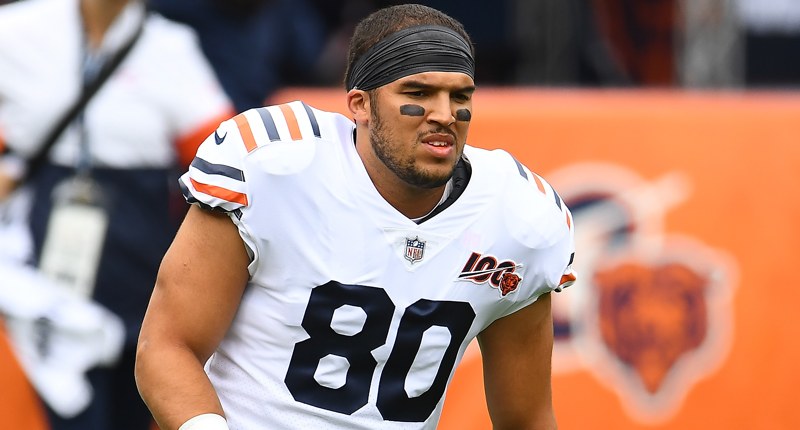 Some weekend roster shuffling by the Colts will bring an old friend back to his former stomping grounds.

We have activated TE Trey Burton from IR and placed WR Michael Pittman on IR.

We have also elevated WR Marcus Johnson to the active roster from the practice squad.

The Colts activated Burton from injured reserve on Saturday. A day later, the team announced he was on the active game-day roster. It’s a turn of events for Burton, who started the season on IR because of a calf injury.

Chicago released Burton in mid-April. The additions of Jimmy Graham and Demetrius Harris in free agency, as well as the team’s drafting of Cole Kmet, would’ve eventually squeezed Burton out of the rotation. But it’s not as if he was on the market for too long, as the Colts scooped him up five days later. The Bears picked up $2.8 million in cap space with the move, which could prove to be helpful in the long run.

Burton believes Bears docs misdiagnosed him, and that he looked at the 2020 season as an opportunity to shed the “injury prone” label that has followed him since his departure. So while Burton sits behind Jack Doyle and Mo Alie-Cox on the tight ends depth chart, that won’t stop me from keeping my eyes open for a potential revenge game from the former Bears pass-catcher.