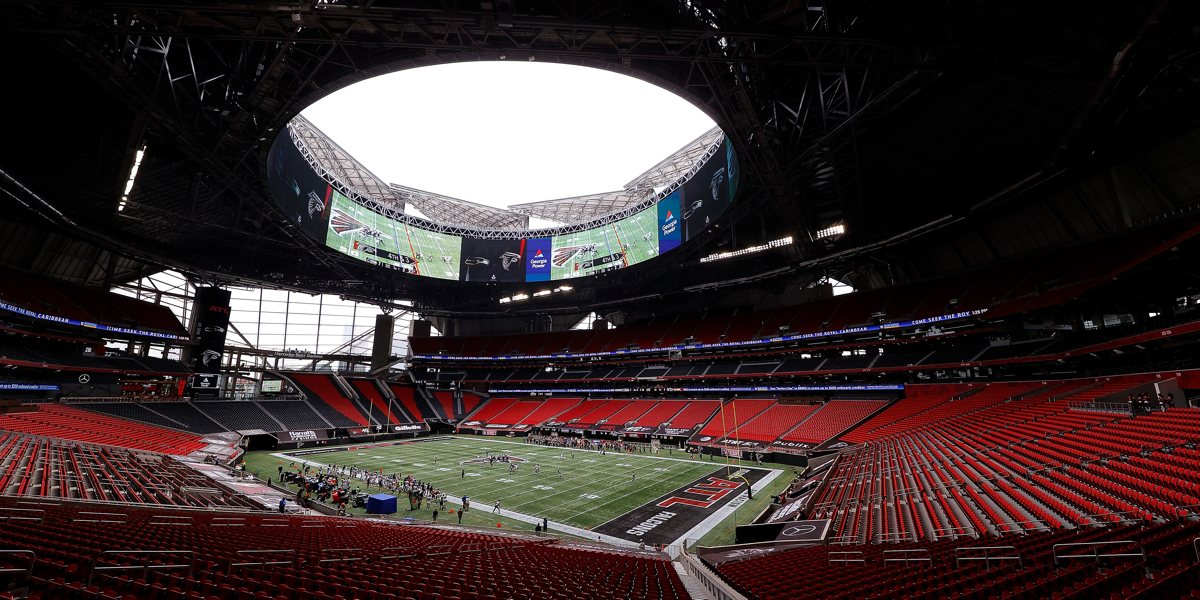 Every fan has a set of games that changes the way they watch football.

For me, this is one of those games:

“If you were sitting in front of a television back in 2000 and were lucky enough to catch this game, 54-51 will always resonate with you." @kfishbain’s oral history of the Northwestern-Michigan classic: https://t.co/bohAbkTwjn

And with that, my love for spread offenses began in earnest.

•   Boo! Le’Veon Bell reportedly will decide between the Dolphins, Bills, and Chiefs. Conveniently enough, those are the next three opponents on the Jets schedule. I can respect the petty, but I was intrigued by the idea of adding Bell to the Bears’ running backs room. And when I saw a few sports books listing Chicago as a favorite to sign the free agent rusher, I allowed myself to dream on how Matt Nagy could use Bell out of the backfield — specifically in the passing game. Instead, the Bears will roll with what they have in the backfield. More on that later.

•   The Bears’ leading recruiter is in a slump and he knows it:

Sorry friends! I’m like 0-7 with this recruiting sh*t. So I’m done with it lol

•   Patterson’s pursuit of free agents on Twitter shouldn’t go unnoticed. Even though they haven’t been successful, it’s the thought and effort that counts. So here’s to Patterson keeping on with the fight because I believe in him. And so does the rest of Bears Twitter. Good shooters need to see just one go in before they get their stroke back.

•   Feed Allen Robinson, then extend him:

Most targets this season:

•   Two throws from Nick Foles and none from Tom Brady in this highlight package, so TAKE THAT:

•   A double-dip dive into the Bears’ offensive numbers from Johnathan Wood of Da Bears Blog explores quarterback play, problems in the run game, and explosive plays, as well as tight end issues, package usage, and predictability. Clear some time on your schedule and nerd out accordingly.

#Bears DC Chuck Pagano on Mike Davis: "If we tackle like we did last week, he'll have 200 yards on us. We can't do that.

Bears DC Chuck Pagano on RB Mike Davis in the passing game: "He's a hard guy to take down whether it's screens or check downs. He's a hand full."

Henry Burris is a Canadian Football League Hall of Famer.

But he still has plenty to give to the game.

Now, back in Chicago on the Bears' coaching staff, he wants to be an inspiration in the league he's always believed he belongs in. | @danpompei https://t.co/R2dwcHQaCI

•   News of positive COVID-19 tests feels like it’s coming in waves and crashing onto the football community. ESPN’s Adam Schefter tweets the Falcons shut down their facility on Thursday as a result of a new group of positive test results. What started as rookie defensive lineman Marlon Davidson’s placement on the reserve/COVID-19 list has now expanded into other cases elsewhere in the organization. Hence, the facility is on lockdown until further notice.

•   As of now, there’s no change to the Falcons’ upcoming game agains the Vikings. However, we’ll keep tabs on it because a potential change in schedule could impact the Bears at some point down the line. The Falcons and Vikings don’t share a bye week, so re-scheduling could be on the horizon if Sunday’s game is postponed. Here’s hoping we don’t have to cross that bridge and that everyone in the Falcons’ facility gets well soon.

•   It’s not just the NFL either. Alabama Head Coach Nick Saban and AD Greg Byrne tested positive for COVID-19, per the Associated Press. Saturday’s LSU-Florida game was postponed and rescheduled for December after a coronavirus spread within Florida’s program. College football reporter Bruce Feldman tweets Florida has 21 players who tested positive for COVID-19 and left them with fewer than 50 scholarship players available for action. That’s sub-optimal, to say the least. So my apologies if you were hoping to get another look at Gators QB Kyle Trask.

Now official: Patriots QB Cam Newton has been activated from the Reserve/COVID-19 list.

•   Well, this is neat: Joe Lucia (Awful Announcing) rounds up the latest in playoffs-on-TV news, which has Amazon getting an opportunity to stream one of the six Wild-Card round playoff games. This is where I’d say that I’m hopeful it’s a game the Bears are in, but there’s still enough time in the season to dream on landing the No. 1 overall seed.

•   Amazon flipped from Prime Day to “Holiday Deals,” so it looks like we’re now already in the season where you’re going to see better specials than usual. #ad