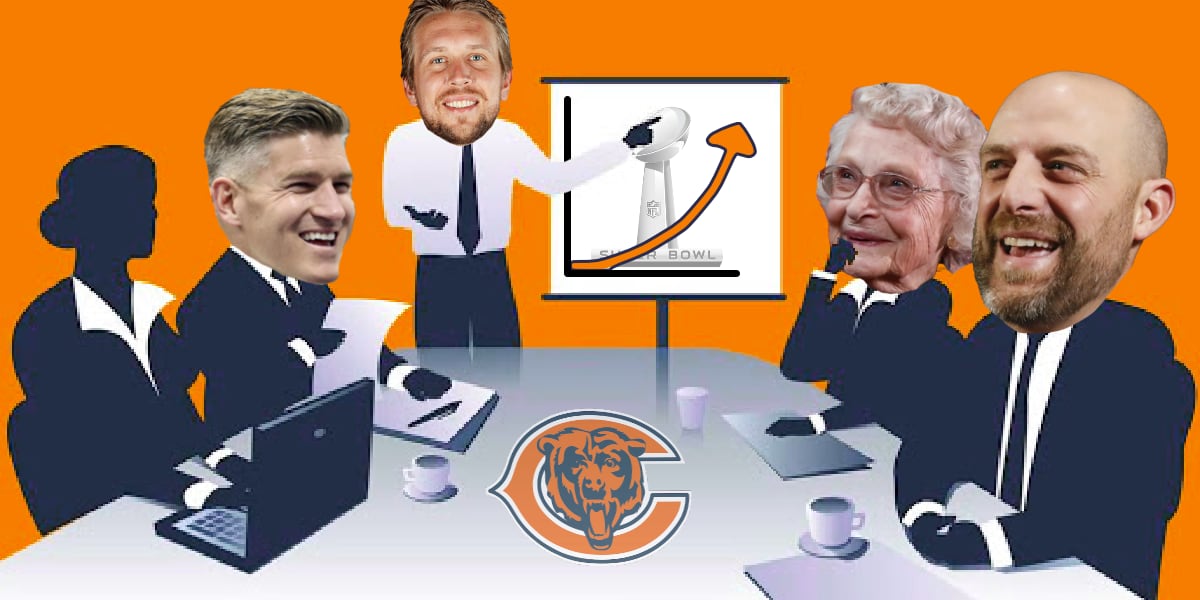 The Chicago Bears had an opportunity to make some noise with a win on Monday Night Football, but flopped in a big way. And in the wake of their loss, the Bears playoff odds took a tumble. And while there’s hope on the horizon, I’m aware that doom lurks down the darkest path.

So, let’s check out the standings:

My feeling seeing the Packers sitting atop the division:

Let’s check out the latest from FiveThirtyEight, whose QB-adjusted Elo forecast based on 100,000 simulations of the season has the Bears among the cream of the crop. The latest on the Bears’ playoff hopes:

Beating the Panthers took the Bears’ playoff odds to a sky-high 85 percent, but losing to the Rams dropped their chances by 16 percentage points. Don’t get me wrong. Having a 69 percent chance at getting into the postseason is nice, but it’s not that nice. And for what it’s worth, only the Packers (88%), Buccaneers (87%), and Seahawks *82%) have better playoff odds than the Bears (69%).

That’s right, the Bears are 1 percentage point ahead of the Rams (even after losing the head-to-head matchup). Take that, Rams!

Before we move on, let’s all laugh at the Vikings, whose playoff odds dropped by 4 percentage points during their bye week! Ha-ha. Ahhh, yes, that’s the good stuff.

For this exercise, we’ll focus on the Bears total playoff odds, division odds, and wild-card odds:

Here’s how damaging losing to the Rams was to the Bears’ playoff chances: The Cowboys were the only NFC team whose odds dipped more than the Bears upon the release of Football Outsiders’ latest update. Chicago’s postseason probabilities took a tumble by 21.4 percentage points. Meanwhile, Dallas’ football team saw its odds slip by 21.8 percentage points. Yowzers. I don’t know about you, but I don’t want to keep company with the 2020 Cowboys.

The good news is that, at 55 percent, the Bears are still well-positioned to make a run at the playoffs. Unfortunately, the frogurt is cursed. Based on Football Outsiders’ projections, the Rams (75.8%), Saints (74.9%), and Cardinals (65.5%) are more likely to make the postseason than the Bears. And that Los Angeles holds the tie-breaker over Chicago further complicates things for our favorite football team. Now Arizona isn’t just #InTheHunt, its team is in the driver’s seat for that third wild-card spot. Ugh. I knew I’d regret rooting for the Cardinals on Sunday Night Football. That’s a mistake I’ll never make again.

In the end, the Bears need to take care of business against the Saints on Sunday if they want to right the ship. Otherwise, their playoff odds could reach a darker place by this time next week.