Mack and Johnson Shine on D, Mooney is the Man, Fake Spike Game-Winner, and Other Bears Bullets Skip to content 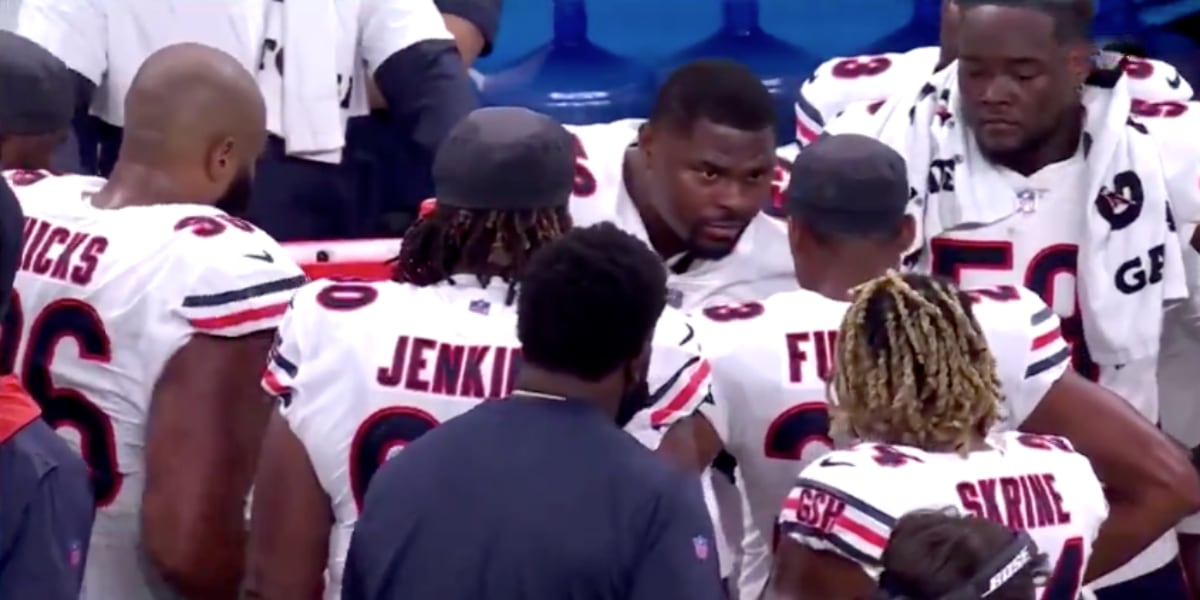 We are saddened by the passing of Alex Trebek, one of the absolute greats.
A true icon who will be missed beyond measure.pic.twitter.com/SZaUq9oxEc

Trebek was an icon who will be missed, but never forgotten.

•   Arguably the most underrated linebacker in Bears history celebrates a birthday today:

•   As does, place-kicker Cairo Santos. All Santos has done is lock down the kicking position to the point where Eddy Piñeiro is something of an afterthought. Santos’ resurrection is one of the feel-good stories of a Bears season that has twisted me in knots at every turn. He had a three year run where he made just 68 percent of his field goals in just 19 games. It was ugly. And when he missed kicks in consecutive games early in the year, I was worried that we were seeing the end of Santos’ career. But Santos has made all 11 kicks over his last six games, and most importantly, has emerged as the offense’s best scoring option. It’s a real shame the Bears don’t get to the red zone often enough for it to matter.

•   Elsewhere on the offense, Darnell Mooney is the truth:

•   Mooney and the receivers are a bright spot on an offense that hasn’t shown much. And as one might expect, the early-season grades show as much. I would’ve wanted to have The Athletic’s Kevin Fishbain as a professor in school, because his grades are tough, yet fair. And most importantly, he explains what’s going wrong and offers up perspective while doing so. That’s a roundabout way of me suggesting to read Fishbain’s midseason grades over at The Athletic.

•   Danny Parkins of 670 The Score weighs in on the Bears offense in his appearance on Bill Zimmerman’s Bears Banter podcast. Parkins still seems to have hope for Head Coach Matt Nagy, but it’s undeniable that Chicago’s offense is “a total complete failure.”

•   As if there was any doubt, rookie cornerback Jaylon Johnson received all-rookie honors from PFF for his performance through the first half of the season. Sure, Johnson is the NFL’s third-most-penalized corner, but he is limiting opposing passers to a complete just 50 percent completions. And Johnson already has 10 pass breakups this season. It’s over for opposing offenses as soon as he gets that first interception, because it’ll flow after that happens.

•   Of course Khalil Mack earned first-half PFF All-Pro honors. The analytics gurus credit Mack with 37 total pressures, 23 defensive stops, and a 91.2 overall grade. Mack is a monster who is balling out and wrecking offenses. If only his own team’s offense wasn’t a mess, we’d get to celebrate more of Mack’s excellence.

•   The other Bear on PFF’s All-Pro squad is return specialist Cordarrelle Patterson, who the site notes “consistently generates more yardage on his returns than should be had.” Sounds like someone who deserves an extension, in my humble opinion.

•   One last nugget on the PFF All-Pro team: Six NFC North foes are on the list, which reminds me of how much talent this division possesses. Tack on three more second-teamers, and it’s really eye-opening.

•   I was watching the game and thinking to myself, “There’s no way they’d run the fake spike play here. But if there’s a time and place for it, here it is.” And then this happened:

•   Holiday food, Instant Pot, vacuums, clothes, snow blowers, and more are your Deals of the Day at Amazon. #ad

•   Bring in ALL THE PROSPECTS:

Yu Darvish Does Not Win the Cy Young, I Try Not to Punch My Wall – https://t.co/uaTNlWVBnE pic.twitter.com/Xj7jpasPp1