So ... Is It Going To Be Nick Foles or Mitchell Trubisky? Skip to content 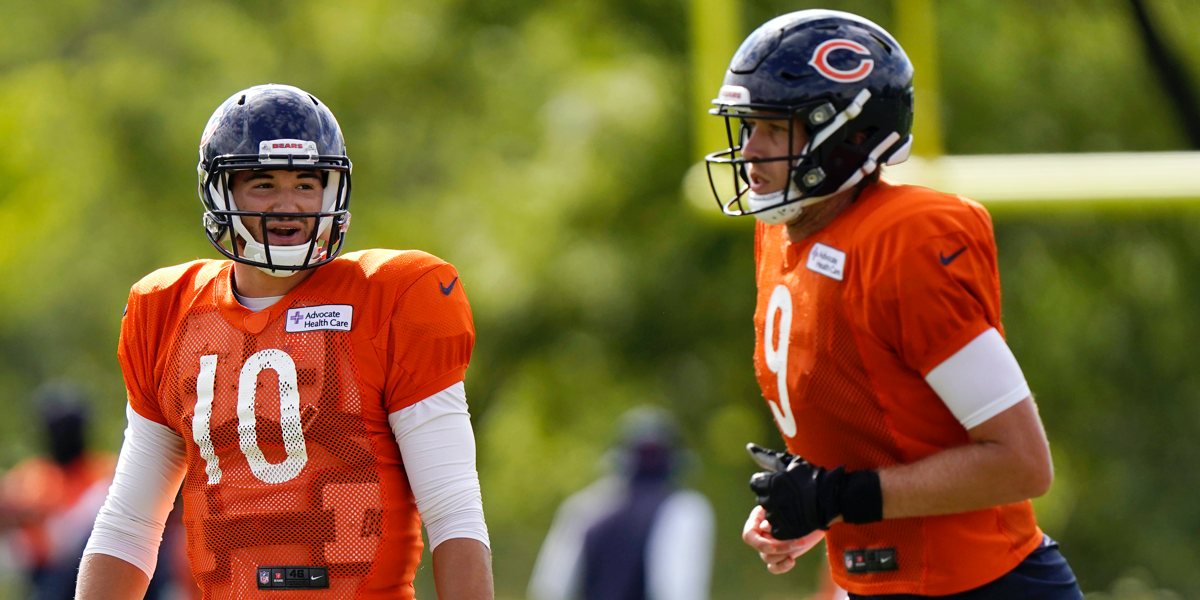 As if Packers Week needed an extra layer of intrigue, the Bears are opening things up with a mystery surrounding their starting quarterback for Week 12 and Sunday Night Football.

Mitchell Trubisky? Nick Foles? It seems as if both options are on the table:

For now, Nick Foles remains on the #Bears’ media schedule for this week. It’s been changed before and I’m guessing they’d like to keep a QB change quiet for a bit.

But the word out of Halas Hall is that Mitch Trubisky has been throwing and his right shoulder is improving.

Also, I dunno how much this means (nothing? More than nothing?) but we’re scheduled to talk to Nick Foles as usual on Wednesday.

Adam Jahns of The Athletic tweets Trubisky’s injured right shoulder is improving to the point where he is throwing. Trubisky hasn’t played since injuring the shoulder on his one snap in Week 8 against the Saints. And to take it a step further, Trubisky hasn’t thrown a pass since Week 3 against the Falcons. It’s been a while for Trubisky, but Head Coach Matt Nagy didn’t dismiss the idea of starting Trubisky when the Bears came out of the bye when he last spoke to the media.

Foles, on the other hand, remains the presumed starter if he is healthy. At least, that’s the conclusion I’d come to based on his media availability. As is tradition, the starting quarterback speaks Wednesdays at Halas Hall. But if the Bears wanted to keep a quarterback change on the hush, this is precisely how I would expect them to go about it. Then again, Foles needs to be healthy in order to step on the field. And since his health is up-in-the-air at the moment, we find ourselves in a place unsure of who will be quarterbacking this most important game.

That we’re even talking about this represents quite the turn of events. Because last we saw the Bears, they were being quarterbacked by Tyler Bray because Foles had to be pulled out of the Soldier Field turf and removed because of injuries. We’ve since learned that the injuries weren’t as bad as originally believed. But they’re bad enough to throw a cloud of mystery over the Bears’ QB situation.

Welcome back to football! Did you miss me?